How will the Cyprus crisis impact the U.S.?

Is America headed for a Cyprus-like crash?

These are the headline stories today from the Drudge Report: 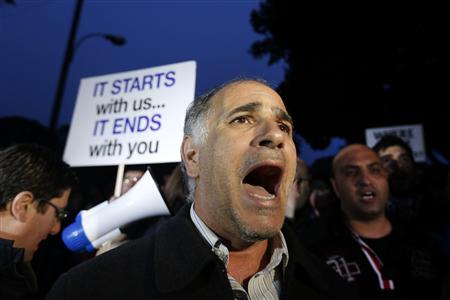 Will American bank accounts and retirement accounts be next?

When we put our money in the bank, we are technically lending the bank money. Could this happen in the U.S.?

I don’t know. I’m not a finance expert.

The Atlantic[10] has a very interesting story about banks and their risky investing. “Some four years after the 2008 financial crisis, public trust in banks is as low as ever. Sophisticated investors describe big banks as “black boxes” that may still be concealing enormous risks—the sort that could again take down the economy. A close investigation of a supposedly conservative bank’s financial records uncovers the reason for these fears—and points the way toward urgent reforms,” the Atlantic [11]explained.

“A disturbing number of former bankers have recently declared that the banking industry is broken (this newfound clarity typically follows their passage from financial titan to rich retiree),” the Atlantic found[12]. Herbert Allison, the ex-president of Merrill Lynch and former head of the Obama administration’s Troubled Asset Relief Program, wrote a scathing e-book about the failures of the large banks, stopping just short of labeling them all vampire squids.”

Here is the Atlantic story: Whats’ inside America’s banks?[13]

Leave your comments and thoughts about this.