Back in 1972-73, my senior year, I took a humanities class from a great teacher at Wayne Memorial High School, my public school i[1]n Wayne, Mich. An Italian immigrant whose family had suffered under Mussolini’s fascists, he instilled in me a great love of literature, art and the other humanities. 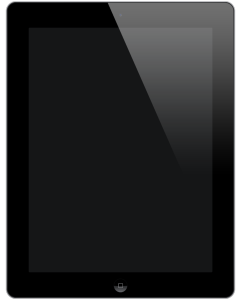 [2]Although generally a liberal, this was before the Political Correctness plague. So he didn’t turn every piece of literature or work of art into a Marxist morality tale against “dead white males.” And he didn’t hate me because I was a young conservative. He engaged me in intelligent discussions.

I remember him disdaining even the multimedia of his day, including mimeographs and overhead projectors. “All I need is a blackboard and chalk,” he said, using a piece of chalk to point at the blackboard. We also had a Humanities book that had pictures, poems, etc.

He was right. After his lectures, which always involved a lot of involvement with students, I would go out and check what he talked about, using encyclopedias, books and records.

Too bad he’s not in charge of the Los Angeles Unified School District. It is going to provide iPads[3] to all its 640,000 students by the end of 2014. Reported TheVerge.com[4], “The board will use the $30 million in tax money to fund the first 31,000 devices but will look for additional funding in order to secure the remaining tablets.”

That means voters passed the Proposition 30 [5]$7 billion tax increase to give kids iPads.

It’s just a gimmick. The real problem is the state’s rotten curriculum the LAUSD must follow, now made worse by the adoption of the dumbed-down federal Common Core standards[6], themselves another gimmick; and the lack of good teachers.

No doubt there are many good teachers in the LAUSD, the equivalent of my Michigan teacher four decades ago. But there are just way too few of them. And despite some challenges from charter schools, and the new “parent trigger” law, there just isn’t enough incentive in the closed government system to make things as great as they ought to be. It’s like forcing everyone to buy a Yugo.

The iPads themselves might allow the kids to break out of the system and find Web sites that teach something original and good. But even if the LAUSD puts restrictions on what the kids can see, no doubt many kids also will find ways to “jailbreak” the restrictions and gain access to pornography, racist sites and other things I don’t want my tax money supporting.

And if the kids can find out things on their own on the iPad, then why not just get rid of the school as an expensive appendage to real learning?

All are gimmicks. All don’t work. All never could work.

The only thing that works is pulling your kids out of these gimmicky schools and using private, parochial or home schools.