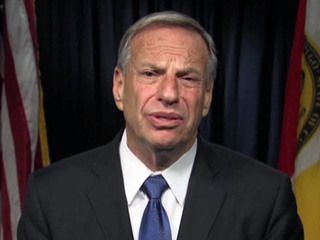 [1]What was this past week’s biggest development on the Bob Filner front? What single event happened that will have the most long-term consequences in the hilarious/sad scandal of the San Diego mayor whose name will now forever be a synonym for grabby/creeply/clueless workplace sexual harasser?

The conventional wisdom is that the big event was Filner becoming toast because of the public emergence of seven accusers, many prominent — and the absurd twist that one of Filner’s past victims appears to be the new superintendent[2] of the city’s vast school system.

But maybe it’s the brazen attempt of a supporter of the twisted mayor to monkey-wrench the recall process. This is from the Voice of San Diego[3]:

“One of San Diego Mayor Bob Filner’s most ardent supporters has taken the first steps to recall him, possibly foreclosing other efforts to kick out the embattled mayor.

“But by starting a recall process, Corbin might be making a strategic move to prevent other groups from doing the same.

“City recall rules [4]don’t clarify whether more than one recall campaign can run concurrently once another process has started. And if a recall process fails, opponents would have to wait another six months before trying again, according to city rules[5]. …

“Corbin’s publication was one of the most faithful backers of Filner’s mayoral bid, specifically in its reporting on Filner’s opponent Carl DeMaio, who is openly gay. LGBT Weekly purported to reveal private details of DeMaio’s relationship with rival gay media publisher Johnathan Hale and pushed a theory that Hale was involved in the Balboa Park lily pond vandalism despite there being no evidence.”

So are you following here? The gay-baiting gay activist who has no issues with heterosexual women being harassed is trying to raise practical and legal obstacles to a recall, possibly triggering signature-gathering deadlines and almost certainly ensuring a time-consuming turf war between rival recall groups — one actually trying to thwart a recall, one serious about the effort.

This is going to be entertaining.

This is going to be a tiresome ordeal.