Riddle me this, Batman: the Obamacare health plan is so bad, even its IRS enforcers don’t want to give up their existing federal health plans for the new Obamacare[1] plan. 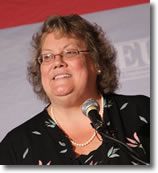 The National Treasury Employees Union [3]wants its members to be exempted from Obamacare.

The union, which represents 150,000 total union employees,  of which 100,000 are IRS employees, not only endorsed President Obama for election and re-election, but the union’s current president, Colleen Kelley,[4] was a 14-year IRS agent and now is both union president and an Obama administration appointee, according[5] to Spectator.org.

IRS employees have a prominent role in Obamacare, but their union wants no part of the law.

The union leaders are providing members with a form letter to send to the congressmen that says “I am very concerned about legislation that has been introduced by Congressman Dave Camp to push federal employees out of the Federal Employees Health Benefits Program and into the insurance exchanges established under the Affordable Care Act.”

IRS employees will be the enforcing arm of Obamacare, responsible for collecting data and applying penalties, enforcing mandates, required taxes, and reporting, as well as a myriad of other requirements. According[7] to the Galen Institute, “based upon Government Accountability Office data, we count 46 new responsibilities assigned to the IRS under the health law,” which they said is “unprecedented.” 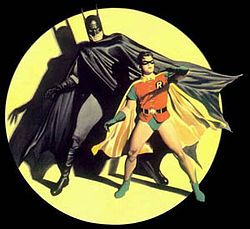 The other terrific irony are the part-time Obamacare call center jobs currently being filled throughout the country, so the government doesn’t have to provide health insurance to the workers. The Contra Costa Times reported[9] the giant new call-center in Concord, CA, with more than 200 employees, will staff with more than half of the employees as part-time workers with no health benefits.

“‘What’s really ironic is working for a call center and trying to help people get health care, but we can’t afford it ourselves,’ said one worker, who asked for anonymity out of fear of losing the job,” the CC Times reported[9]. “The county says it had been telling the public and supervisors all along that some positions would be full-time and some part-time. However, portions of staff reports list all 204 jobs as full-time, and a job posting said the same.”

Workers said they feel as if they are “political tools.”

“The new hires, many of whom left other full-time jobs for the call center positions, were told they were the ‘cream of the crop,'” one recent hire said. Others said they turned down other job offers for the call center jobs, only to be given the runaround since accepting the positions, then finding out the jobs were part-time.

No  reasons for the employment status changes were given, the CC Times said[10].

“During negotiations months ago, Service Employees International Union Local 1021, which represents the customer service agents, demanded 80 percent of health insurance premiums be paid by the county, and 20 percent be paid by the employee,” the CC Times reported. “SEIU did not return a call for comment.”