Senator under FBI investigation traveled to Cuba with lobbyist

State Senator Ron Calderon, D-Montebello, whose offices were raided by FBI agents in June[1], traveled to Cuba during the legislature’s spring break with Sacramento’s “best connected” lobbyist, state campaign finance disclosure reports have revealed. Calderon was one of eight state legislators that secretly traveled to Havana with Darius Anderson, the founder and president of the powerhouse lobbying firm Platinum Advisors[2]. 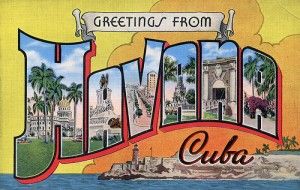 According to the most recent campaign finance report[5] for his state Senate officeholder committee, Calderon spent $6,159 on the March trip, including more than $2,500 on an upgraded Virgin America flight. Within days of returning from Cuba, Pfizer, one of Anderson’s lobbying clients, contributed $1,500 to the same Calderon committee[6] that paid for his trip expenses. In May, just days before Calderon’s offices were raided by the FBI, another Anderson client, AT&T, made a $1,600 contribution to the same Calderon committee.

Under the Calfiornia Political Reform Act, legislators and their staff cannot accept gifts worth more than $10 per month from a registered lobbyist. However, campaign accounts provide legislators[7] with an easy vehicle for circumventing these strict limits on lobbyist gifts. Lobbyists can direct their clients to donate to a member’s campaign account. Then, the member can use the campaign account to pay for personal expenses, including foreign travel.

Calderon wasn’t the only legislator to be identified through the most recent campaign disclosure reports[10]. Assemblywoman Nancy Skinner, D-Berkeley, also joined the lobbyist-organized trip to Cuba during the Legislature’s spring break. She reported $2,400 in Cuba trip expenses, according to her most recent campaign finance report[11].

Campaign watchdog groups have criticized the practice of using campaign funds for personal expenses, such as travel junkets.

“Unfortunately, paying for travel and other non-campaign expenses through campaign funds is a growing trend among public officials,” Phillip Ung, a policy advocate for California Common Cause, told CalWatchdog.com earlier this year.[13] “The simple, common sense fix to this problem is to limit campaign funds to campaign related spending.”

In order to comply with the U.S. State Department’s ban on travel to Cuba, the trip was arranged by Californians Building Bridges, a non-profit organization controlled by Anderson. In 2011, the only year for which the organization filed a tax return, it spent $94,586 on travel-related expenses of $136,476 in overall expenses. The organization’s mission also listed as a priority, making “one-time financial grants and donations of supplies and materials to charitable organizations that lack their own resources or do not qualify for assistance through existing agencies and organizations in their region.” Yet, it paid out $0 in domestic and foreign grants, according to the group’s tax return.

Anderson and his firm agreed in 2010 to pay out half-a-million dollars to settle pay-to-play allegations, according to the Los Angeles Times[15].