Here’s the abstract from “Science” magazine [1]on a new study:

“A rapidly growing body of research examines whether human conflict can be affected by climatic changes. Drawing from archaeology, cri 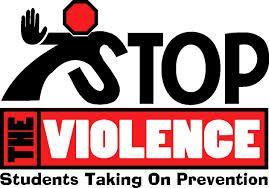 [2]minology, economics, geography, history, political science, and psychology, we assemble and analyze the 60 most rigorous quantitative studies and document, for the first time, a remarkable convergence of results. We find strong causal evidence linking climatic events to human conflict across a range of spatial and temporal scales and across all major regions of the world. The magnitude of climate’s influence is substantial: for each 1 standard deviation (1σ) change in climate toward warmer temperatures or more extreme rainfall, median estimates indicate that the frequency of interpersonal violence rises 4% and the frequency of intergroup conflict rises 14%. Because locations throughout the inhabited world are expected to warm 2 to 4σ by 2050, amplified rates of human conflict could represent a large and critical impact of anthropogenic climate change.”

That’s obviously not the case. In the United States, as I’m sure you’re heard reported, violent crime has been dropping the past 20 years — the same two decades global warming supposedly has been rising. Here’s a U.S. News story[3] from last year:

“Instances of murder declined overall by 1.9 percent from 2010 figures, while rape, robbery and aggravated assault declined by 4 percent nationwide, according to records from more than 14,000 law-enforcement agencies around the country, FBI spokesman Bill Carter told msnbc.com.”

Why Violence Has Declined

And well-known Harvard language and mind professor Steven Pinker published a book in 2011, “The Better Angels of Our Nature: Why Violence Has Declined[4].” Here’s the book summary:

“Believe it or not, today we may be living in the most peaceful moment in our species’ existence. In his gripping and controversial new work, New York Times bestselling author Steven Pinker shows that despite the ceaseless news about war, crime, and terrorism, violence has actually been in decline over long stretches of history. Exploding myths about humankind’s inherent violence and the curse of modernity, this ambitious book continues Pinker’s exploration of the essence of human nature, mixing psychology and history to provide a remarkable picture of an increasingly enlightened world.”

Some reasons (mine mingled with his):

* Since World War II ended there have been no gigantic conflagrations. Small wars, yes. But no huge wars. Part of the reason is that industrialization has produced atomic weapons so terrifying that total war between major powers is unthinkable.

* The ideologies of mass murder — communism and Nazism — are dead. Only North Korea and Cuba still cling to communism. Both probably not for long.

* The last major famines were three decades ago in Ethiopia under communist dictator Mengistu Haile Miriam[5] and two decades ago in communist North Korea[6]. Countries that suffered periodic mass starvation throughout history, such as India and China, no longer do so. Any country that adopts even modest agricultural market policies can feed all its people. In the past, starving people would invade their neighbors to get food. They no longer need to.

But violence is not increasing; it’s decreasing.

Here’s a YouTube of the Soviet “Tsar Bomba,[7]” exploded in 1961 and measuring more than 50 megatons. It was the biggest explosion ever, some real global warming. Enough to wipe out the entire Los Angeles metro area. It’s terrifying just to watch. But somewhat encouraging that it hasn’t been used in 52 years.