The tip of the Obamacare iceberg

One of the biggest reasons for ushering in Obamacare, are the thousands of groups around the country which will be making money off of the government health system. Many in these groups are Washington D.C. insiders, and the politically well-connected, who had access ahead of passage of the Obamacare Affordable Care Act[1], and seized the opportunity for a little wealth-building. 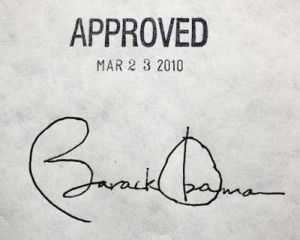 One such group appears to be Young Invincibles[3], “a national organization representing 18- to 34-year-old Americans on the issues of affordable health care, employment and college affordability.”

Read the fine print, and the Young Invincibles [4]website also says, “Young Invincibles is a national organization committed to mobilizing and expanding opportunities for young adults between 18 and 34 years of age on issues like higher education, health care, and jobs.”

Its website, Healthy Young America[5], claims to be part of the group’s outreach. “In some places, Young Invincibles will also serve as a state-funded navigator for the Affordable Care Act.”

The Centers for Medicare and Medicaid Services [6]are practically throwing money at groups interested in being Obamacare navigators.  Centers for Medicare and Medicaid Services [6] announced “Funding Opportunity Announcement on the availability of up to $54 million in cooperative agreements to fund Navigators in Federally-facilitated or State Partnership Marketplaces,” the CCMS website says. “The Affordable Care Act requires Marketplaces to establish a Navigator program to help consumers understand new coverage options and find the most affordable coverage that meets their health care needs.”

Reach out for the handout

And to drive home this “outreach,” Jennifer Mishory[7], deputy director and a founding staffer of Young Invincibles, wrote a recent op ed for the San Francisco Chronicle[8] about the new insurance exchanges and Medicaid options under Obamacare. Mishory said these health exchanges “will make affordable coverage available to millions of uninsured Americans.”

The subtitle in the story[9] told a slightly different story, and perhaps the one which goes to the heart of the true purpose of Obamacare: “The health care mandate takes effect soon, allowing people to compare and buy policies, but many people are unaware of available subsidies and Medicaid coverage.”

Obamacare is really just a giant wealth equalizer, and conduit for government subsidies.

Mishory said[10] The Young Invincibles[11]  will be serving as a “state funded navigator” for the ACA.

According to the Young Invincibles website[12],  Co-Founders Ari Matusiak and Aaron Smith, and a few law school friends created Young Invincibles “motivated by the recognition that young people’s voices were not being heard in the debate over health care reform.”

Only Ari Matusiak[13] isn’t just your average entrepreneur — Matusiak[14] works for the Obama Administration as Special Assistant to the President and Director of Private Sector Engagement.

“YI is fiscally sponsored by the Center for Community Change, a longstanding organization committed to building the power and capacity of low-income people across the country,” the website says.

The Center for Community Change[15] is a scary, far left group, reminiscent of ACORN. Even the address on the Young Invincibles website says:

I looked on both Charity Navigator and Guidestar for ‘Young Invincibles’, and ‘Healthy Young America’, but found nothing.

However, their funder, the Center for Community Change came [16]up in Guidestar[17] — claiming to be a “community organizer.” The IRS form 990 showed the group to have a $12 million  to $14 million yearly budget, made up of grants and contributions. The CCC said its mission is “to build the power and capacity of low-income people, especially low income people of color, to change their communities and public policies for the better.”

The Center for Community Change pays[18] its community organizers well. The director makes more than $200,000 annually. And the five other administrative directors draw salaries of $134,000 up to $163,000.

The group spends a great amount of money on travel, offices, employee benefits, a pension plan, and spends $700,000 up to $1 million on lobbying.

They gave numerous grants to the Alliance For a Just Society[19], a politically-left group, focused on health care, immigration, and social and economic justice.

Even the Department of Health and Human Services[20] offers opportunities to get government money with their offer to “Learn about available grants[21] to assist with implementation of various aspects of ACA.”

“Search grants.gov[22] for information about funding opportunities related to ACA including Health Information Technology (HIT) and other areas,” the HHS website[23] says.

This is just the tip of the Obamacare iceberg. These groups are often inter-connected, and exist solely to fund other politically-left justice groups.