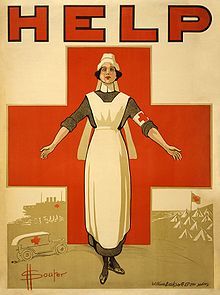 In preparation, Sen. Ed Hernandez, D-West Covina, who is an optometrist, introduced three bills earlier in the year to expand the “scope of practice” for California’s para-professional medical practitioners — nurses, licensed vocational nurses, nurse practitioners and physician assistants — along with optometrists and pharmacists.

SB 492, the optometrists licensing bill, was postponed until next week. SB 493 was passed unanimously by the committee.

However, SB 491 proved far more contentious, taking up nearly three hours in the hearing. It is still alive — but it’s on life support.

Based on some testimony, the measure[5] to expand the roll of nurse practitioners appears the perfect conduit to expand Medi-Cal[6], the state’s publicly subsidized welfare health coverage. SB 491 would authorize nurse practitioners to not only work independently from doctors; they would be allowed and even encouraged to accept Medi-Cal [7]patients.

As Hernandez warned, the legislation is controversial and politically charged. The sharpest focus was on the concept of “supervision,” which came up hundreds of times during the hearing. Doctors who testified were adamant that nurse practitioners provide excellent care — under the supervision of a physician.

Hernandez said he authored the bills because people of color, living in rural areas and inner cities, already lack access to adequate medical care. With Obamacare implementation underway, the existing doctor shortage will only be made worse when millions of currently uninsured Californians are added to the government sponsored health care plan, and more specifically, to Medi-Cal.

“Here in the state of California, we have a capacity issue. We have a work-force shortage,” Hernandez said. He warned the problem is already at a breaking point in inner-cities, as well as rural parts of the state. Up to 7 million uninsured Californians will be required to be insured as of next year, Hernandez said.

Hernandez invited Catherine Dower of the UCSF Center for Health Professions[8] to testify on behalf of his bills. Dower, who co-directed the Pew Health Professions Commission’s national Taskforce on Health Care Workforce Regulation[9] and was a principal author of its reports on health professions regulation, spoke at the previous hearing on expanding the scope of practice for nurse practitioners.

Dower referred to a study by the Institute of Medicine [10]which found the barriers should be removed from the nursing “scope of practice,” allowing more nurses to expand responsibilities.

Dower said she regularly testifies on the subject around the country. “Economists are finding in the 17 states without physicians onsite, access improved for adults 16 percent to 20 percent, and 17 percent for children,” Bower said.

This is where doctors warned about the limitations of nurse practitioners.

“SB 491 is bad medicine,” said Dr. Ruth Haskins, a 30-year OB/GYN physician, and chairwoman of the legislative council of the California Medical Association[12]. “The best kind of care is collaborative medicine,” Haskins said.

Doctor: Nurses have much less training

Haskins said the protocols and procedures which guide nurse practitioners how to care for their patients come from physicians. “Physician involvement is key in this process.”

She explained doctors have thousands more hours of training than nurse practitioners, as well as a medical degree. And she warned if SB 491 passes, 14,000 nurse practitioner will be able to prescribe opiod medications[13] — narcotic pain medication that resembles morphine in its pharmacological effects.

Phinney said that after Arizona passed a similar bill allowing nurse practitioners to practice independently from doctors, nurses did not flock to the rural and inner city areas. “It’s worse in California,” Phinney said. “Medi-Cal rates are the worst in the nation. What would incent nurses to flock to rural areas?”

California Academy of Family Physicians[15] President Dr. Carol Havens concurred, and said while the CAFP has been a longtime supporter of quality collaborative care, there is no evidence nurse practitioners will set up practices in underserved areas. “Nurse practitioners will practice for three years, before leaving for more money in lucrative practices, whereas family physicians practice more than 20 years,” Havens said.

SB 491[16] would only require nurse practitioners to practice for three years under the supervision of a physician before they can set up their own private practice. Havens warned about the many “medi-spas” springing up all over California, and the serious medical problems arising from the lack of physician supervision.

The California Business and Professions Code section 2052[17] makes it a crime to practice medicine without a license.

While this rule precludes unlicensed individuals from performing most medical procedures without a medical license, there are exceptions that allow nurses to administer Botox and other cosmetic treatments offered at medi-spas.  Some nurses perform these procedures when a doctor is not on site. However, the law says all procedures must be performed and conducted under the “supervision” of a physician, but the specific definition of doctor “supervision” is unclear. Even the Department of Consumer Affairs, which is the oversight agency, charged with overseeing both the nursing and medical boards, is unclear on the definition of supervision.

Consumer Affairs department spokesman Russ Heimerich recently told the Ventura County Star story[18] that defining “supervision” is “the $21 million question.” According to Heimerich, “What it’s [supervision] been taken to mean so far is that if a physician has standing orders or has confidence in the nurse and has done the medical exam to do the procedure, the physician doesn’t have to be present.” However, “the physician needs to have examined the patient first and prescribe the procedure.”

Havens explained the situation with nurse practitioners and doctors is similar to paralegals and lawyers; lawyers do not allow paralegals to oversee legal clients and cases without supervision.

The committee was divided on the vote; six committee members would not vote on the bill,  five voted aye, and four  voted no.  SB 491 failed, but it was granted reconsideration.

It appears Sen. Hernandez has only one week to talk the members who declined to vote into changing their minds.