Critics have taken issue with the Sacramento Bee’s coverage of a Sacramento arena deal.

Last Thursday, the Bee featured a story under the headline, “PAC pushes Sacramento arena vote but won’t say where it is getting money.”[1] The story claimed that Taxpayers for Safer Neighborhoods, an Orange County-based political action committee, had been “working alongside a group of Sacramento activists gathering signatures for a ballot measure that would require voters to approve public subsidies for sports facilities.” According to the Bee’s version of events, the group wouldn’t disclose its funding. 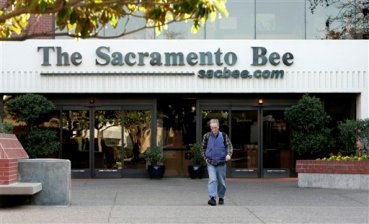 The story of an out-of-town PAC secretly bankrolling the arena measure[2] stirred hundreds of comments on the Bee’s website[3]. It also spawned a formal complaint with the state’s Fair Political Practices Commission[4]. There’s just one problem: It’s completely false, according to people close to the story.

“The truth is the PAC has $144.50 in the bank and has done absolutely nothing more than lend its name to a press release in support of the Arena vote petition drive,” said James V. Lacy, the principal officer of Taxpayers for Safer Neighborhoods, who also serves as publisher of California Political Review[5]. “The Bee has manufactured this story in a deliberate effort to undermine the public’s right to vote on the arena deal.”

The Bee asked the political action committee to release its donors since July 1, a move that isn’t required by state or federal law. The group declined to share such financial information with a newspaper that, it believes, has used its news and editorial pages to back the arena deal. There’s also a reason why the group hasn’t released its list of July donations — none exist.

“The PAC can’t release a list of donors because we haven’t received any donations since July 1,” Lacy said.

The organization’s claims are independently confirmed by the group’s latest campaign finance statement[6], which showed less than $150 in cash on hand. During the past six months, the political action committee has spent just $426 in bank fees and a nominal consulting fee.

“Taxpayers for Safer Neighborhoods hasn’t spent a dime on the Sacramento arena campaign,” Lacy said. “The PAC has not signed contracts for any petition circulation, has not circulated any petitions or raised any funds for that purpose.”

Lacy said that the group’s involvement in the arena campaign has been limited to one press release. When asked why the group issued the release, Lacy said, “Anytime taxpayers are the victims of an insider deal, we feel compelled to speak out.”

That hasn’t stopped arena supporters from using the Bee’s misleading story for its political advantage. On Tuesday, Joshua Wood, the principal officer of the DowntownArena.org[7], filed a formal complaint with the FPPC. The complaint is primarily based on the Bee’s articles.