This is the second in a two-part series on the battle over corporate political speech. Part one can be read here[1].

“We see political spending as distorting markets in policy making and creating a skewed playing field,” said Bruce Freed, founder of the Center for Political Accountability[2], in a recent debate over corporate political speech[3]. 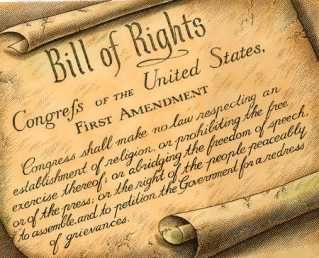 [4]Freed’s organization and other leftist groups have been pressuring corporations to eliminate or at least disclose their political spending. But a recent Common Cause study[5] of $220 million in independent expenditures for candidates in California from 2000 to 2012 shows that unions spend much more than businesses.

— Three-quarters of the donations exceeding $1 million came from unions.

— Seven unions are among the top 10 donors.

But a political playing field skewed in favor of unions hasn’t deterred a group of law professors from filing a petition[6] with the Securities and Exchange Commission that has the potential to significantly decrease corporate political spending.

“We ask that the Commission develop rules to require public companies to disclose to shareholders the use of corporate resources for political activities,” the July 2011 petition states.

— In response, a large number of public companies have voluntarily adopted policies requiring disclosure of the company’s spending on politics.

— Disclosure is important for the operation of corporate accountability mechanisms, including those that the courts have relied upon in their analysis of corporate political speech.

Fifty of the 465 shareholder proposals on company proxy statements in 2011 were related to political spending, including one-fourth of the S&P 100, according to the petition.

The petition addresses the pro-corporate speech argument that there are already numerous regulations governing corporate political spending. It states that the information is scattered “among several federal, state and local government agencies, presented in widely varying formats, and is ill-suited to giving shareholders a good picture of a particular corporation’s political spending.”

And much information remains undisclosed, the petition states, including contributions to intermediaries like 501(c)(4) organizations that are not required to disclose their donors. The petition concludes:

“Shareholders in public companies have increasingly expressed strong interest in receiving information about corporate spending on politics, and such spending is likely to become even more important to public investors in the future. Furthermore, shareholders need to receive such information for markets and the procedures of corporate democracy to ensure that such spending is in shareholders’ interest. Still, while many large public companies have begun to provide such information, no existing rule requires disclosure of this information to investors, and corporate political spending remains opaque to investors in most publicly traded companies. The Commission should address this lack of transparency and, drawing on its expertise and experience in designing rules for disclosure of other information that is of interest to investors, should adopt rules concerning disclosure of corporate political spending.”

Not a priority for SEC — so far

[7]The SEC has yet to act on the petition, and may take its time doing so. The petition was recently placed in the long-term action category of the “reg flex” agenda, said SEC general counsel Brian Cartwright at the Society of Corporate Secretaries & Governance Professionals conference[8].

“If I were advising [SEC Chairman] Mary Jo White[9], and she decided this is something she was not interested in, I would advise her to put it in the long-term action category rather than take it off the reg flex agenda altogether,” said Cartwright. “Because you would have to take a whole bunch of arrows you don’t need to take if you do that. So I would say for the near term this has been very substantially downgraded for SEC action. This late in the year nothing could impact the 2014 proxy season.”

When the petition does reach the SEC board, at least one commissioner, Daniel M. Gallagher[10], may be skeptical, judging by his remarks at the SCS&GP conference on July 11. He agreed that there are benefits for investors from more disclosure, but he draws a tighter line on how much needs to be disclosed.

“[T]he disclosure regime was [not] meant to guarantee that investors receive all information known to a public company, much less to eliminate all risk from investing in that company,” said Gallagher. “Instead, the point has always been to ensure that they have access to material investment information.”

He went on to say:

“Arguably, the Commission’s disclosure regime has been subject to the classic Washington scourge of regulatory creep, in spite of the principle that investors should have access to ‘basic facts.’ The beauty of the disclosure regime as created by Congress almost 80 years ago was that it did not require government regulators to judge the merits of a company, its board or management structure, or its business practices –– those judgments were intended to remain in the hands of investors armed with the knowledge provided by the disclosure of material information. Today, however, some of our disclosure rules are being used by special interest groups, who do not necessarily have the best interests of all shareholders in mind, to pressure public companies on certain governance and business practices.”

Gallagher also warned about the potential for information overload: 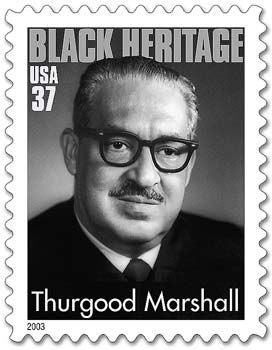 [11]“As Justice Thurgood Marshall warned almost 40 years ago, disclosure requirements with ‘unnecessarily low’ materiality standards risk ‘simply bur[ying] the shareholders in an avalanche of trivial information — a result that is hardly conducive to informed decision making.’ When investors are inundated with immaterial information, it increases the likelihood that they will miss key disclosures. Even more likely is the possibility that investors, despairing about the voluminous compilations of corporate minutiae contained in company filings, will never even look at disclosure documents. In either case, the result is that investors are left less informed when making investing decisions than they would be if presented with a document that didn’t require a magnifying glass to read and a PhD to understand.”

The quantity and length of the documents needing to be reviewed by shareholders has increased by about 50 percent from 2003 to 2011, he said. As a result, Gallagher pushed for streamlining regulations.

“Given the importance of this issue, it is critical for the Commission to engage with issuers and shareholders to rethink whether the mandatory disclosure rules in their current form are still valuable, and whether in some cases it may be better for investors if there was a lower volume, but an overall higher quality, of disclosure,” he said. “As I’ve noted repeatedly, disclosure is not costless to issuers, and we cannot forget — because far too many policy makers do forget — that it’s the shareholders who ultimately bear the burden of increased costs on issuers.”

— The SEC does not have the authority to require disclosure of information on these sorts of expenditures because such information is immaterial.

— Should the Commission decide to proceed, which would harm rather than protect investors, the Commission would be unable to satisfy its legally mandated cost-benefit analysis because the alleged benefits are outweighed by the significant costs of mandated disclosure.

— It would be inappropriate for the Commission to move forward with a rule-making related to corporate public policy spending at a time when it must address myriad issues related to the financial crisis of 2008, as well as those that are central to the economically important capital-raising functions of the capital markets.

“Ultimately, the SEC is not the appropriate body to address this issue, primarily because SEC does not have the authority to require disclosure of information on these sorts of immaterial expenditures,” wrote Atkins. “Rational shareholders, considering their economic interests and not political interests, do not consider this information material to their investment decision making.

“Even if the SEC were to forge ahead and consider a rule, an impartial economic analysis of the costs and benefits of such a requirement would find that the costs exceed the purported benefits, because the narrow interests of an extremely vocal minority of shareholders (and even non-shareholder activists) could more easily intimidate value-creating corporate behavior, create brand damage to the disclosing companies, and stifle corporate speech, all of which would have a detrimental economic effect on the company and its shareholders.”

“I think when you’re looking at the work we have done on political disclosure, we are not talking about regulations,” he said. “We are talking about companies adopting policies that govern their political spending practices. This is very, very important. Voluntary disclosure as a result of shareholder engagement has laid a strong foundation for broader disclosure.”

But if the petition is rejected, corporations won’t be able to breathe easy. Disclosure advocates have started lobbying state legislatures.

“At the state level there’s quite a bit of ferment,” said Freed. “Disclosure laws have passed in Iowa and Maryland. There’s strong support for disclosure legislation in Texas and Montana. The Texas legislature passed a very strong disclosure bill that was vetoed. In Montana there was very strong bipartisan support. In New York state, regulations were issued by the attorney general requiring  501(c)(4) disclosure. California is getting very active in this area. So there’s quite a bit of ferment there.”

Between the fomenting from disclosure activists and the regulatory fermenting in state legislatures, free market supporters will need to stay alert lest the already-skewed political playing field be totally forfeited to one team.