CalPERS retirees could be in for a surprise. The California Public Employment Retirement System payments include a 2 percent inflation increase every year, called a Cost of Living Adjustment. In recent years, the federal government’s Consumer Price Index[1], which tracks inflation, has been rising less than 2 percent a year. 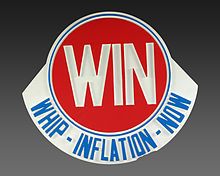 That means the CPI has been less than the COLA. So far so good.

But what if inflation is higher? It’s unlikely that 1970s-style double-digit inflation could return. But even an increase in inflation to 4 percent a year, for example, could rapidly erode pension values.

The possibility is real because Janet Yellen, currently the vice chairwoman of the Federal Reserve Board, long has advocated more inflation[2]. She is a prime candidate to replace outgoing Ben Bernanke as the Fed chairwoman.

“Progress on reducing unemployment should take center stage … even if maintaining that progress might result in inflation slightly and temporarily exceeding 2 percent,” Yellen told a meeting sponsored by the Society of American Business[3] Writers and Editors, as reported by Reuters[4].

However, similar “temporary” inflation policies were pursued by the Fed in the 1970s, but then things got out of hand and inflation rose much higher than expected.

CalPERS pensions could be cut in half in just 11 years

A looming increase in money inflation from the “tapering”[6] of “quantitative easing”[7] by the U.S. Federal Reserve, even if Yellen does not become chairwoman, is likely to result in CalPERS pensions eroding.

If inflation jumps to a compounded 9 percent, a CalPERS pension could be cut in half in as little as 11 years, as shown in the table below.  At a 9 percent inflation rate, pension benefits would erode by 74 percent over 20 years.

Inflation has averaged only 1.46 percent[9] since the Mortgage Meltdown and Bank Crisis of 2008.  But inflation averaged 8.75 percent per year[10] from 1973 to 1982.  The crisis led to President Gerald Ford’s Whip Inflation Now campaign, where he passed out “WIN” buttons. But it didn’t work. Only the tight money policies of Federal Reserve Board Chairman Paul Volcker finally crushed inflation in the early 1980s.

That is, Volcker applied the opposite policy to what the Federal Reserve Board currently is using, and which could accelerate if Yellen becomes its chairwoman.

Inflation is a double-edge sword. Fiscal conservatives have historically opposed inflation[11] as a policy because they see it as a hidden tax. But high inflation may be the only way to bring California’s public pension system into line with reality.

If that happens, even as pension payouts increase in monetary amounts, inflation stealthily would reduce the actual value of the dollars sent to the retirees’ bank accounts.

CalPERS’ retirees, as well as employees paying into the system, then would have to lobby the Legislature for increased payouts. But if inflation occurs, it also would be squeezing other state budget items.