Samuel Johnson’s 1775 observation that “patriotism is the last refuge of a scoundrel” has particular resonance nowadays, with civil libertarians who question our government’s massive spying on 300 million-plus Americans being derided as tools of U.S. enemies.

But when it comes to public employee benefits and the damage they wreak on local governments, scoundrels have another refuge: blaming racism for concerns about lavish, unaffordable benefits and broken governments.

We are seeing one version of this in some pontificating[1] about Detroit’s bankruptcy[2]. Now it could be coming to Sacramento, courtesy of Democratic consigliere Steve Maviglio[3].

Tuesday on Twitter, Steve linked to a Bloomberg column[4] that tried as hard as it could to reframe the pension debate in racial terms.

“Public-sector workers are disproportionately black. In 2011, about 19 percent [5]of black workers were employed by the government, compared with 14 percent of whites and 10 percent of Hispanics.  …

“The share of blacks in the public sector coincides with worrisome economic figures for blacks overall. Just 52 percent[6] of blacks 16 or older were employed in 2011, compared with 59 percent for whites and Hispanics. Median net wealth for black households was $4,900[7] in 2010 — about 5 percent that of white households. …

“The upshot is pretty clear: Reducing the value of public pensions and other benefits wouldn’t just hurt blacks disproportionately; it would do so at a time when other economic trends have already hurt them more than most. So the question isn’t whether race is part of the debate over public pensions, but how to address it.”

Groan. The racial makeup of the public sector work force should not be a factor in deciding whether public employees’ retirement benefits are unaffordable and must be scaled back. Math and public policy priorities should be what drives the debate. 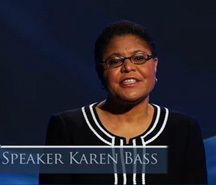 But in Sacramento, which didn’t even blink in 2009 when an Assembly speaker likened opponents of tax hikes to terrorists[8] in an interview with the state’s largest newspaper, we can expect cries of racism to be a new blunt-force tool of Maviglio and Maviglian lovers of the pension status quo.