In his Tuesday Sac Bee story[1] about the federal government preparing to withhold funds for state construction projects because the 2012 state pension reform violated a “federal mass transit grant rule,” Jon Ortiz got it wrong. It’s not a grant rule. It’s a plainly written 1964 federal law that could haunt pension reform efforts in California and around the U.S. I have the details in a U-T San Diego editorial[2]:

“In 1963, President John F. Kennedy and many in Congress were keen on using federal funds to improve decaying mass-transit systems in urban areas. But transit unions, worried about the sharp decline in transit jobs after World War II, were strongly opposed. According to an analysis commissioned by the Federal Transit Association, the workers feared that automated, driverless cars and buses could wipe out scores of jobs, and that the federal effort might lead to government takeovers of private transit firms and an abrogation of their workers’ collectively bargained contracts. 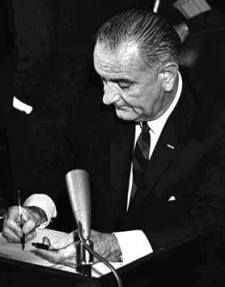 “To win union support, Kennedy, Congress and Lyndon B. Johnson, Kennedy’s successor, agreed to include protections for transit workers in what became the Urban Mass Transportation Act of 1964. The most significant: Federal transit funds shall not go to governments that have not preserved the ‘rights, privileges and benefits under existing collective bargaining agreements’ of all transit workers in the area where the funds are to be spent.”

Talk about prescient — the unions feared driverless cars long before Google started making them. But talk about a hangover — this old concession now hangs over any effort to fix local and state pensions. More from the editorial:

“[In] an Aug. 1 letter, U.S. Labor Secretary Thomas E. Perez told state officials that he had concluded the modest but constructive pension reform adopted by the Legislature last year circumvents the collective-bargaining rights of the state’s 20,000 transit workers.

“The reform requires the use of a less-generous retirement formula for public employees hired starting Jan. 1 of this year. It also requires all governments to steadily adjust pension-funding formulas until the employer and employee share the cost burden equally.

“In his letter, Perez expressed sympathy for the fiscal bind that led California to seek pension reform. But he said he has concluded that he has no choice but to withhold funds — starting Friday — unless state transit workers are exempted from the 2012 pension reform. The labor secretary notes that a bill before the Legislature, AB 160, would do just that.

“This is preposterous. A 1964 legal provision addressing concerns that may have been valid then but are now moot has morphed into a powerful protection for the pensions of all mass-transit workers — even those not yet hired.”

A 1964 legal provision that was a concession to unions!

For more on this ancient power play, here’s a 1995 study[4] commissioned by federal transit authorities.