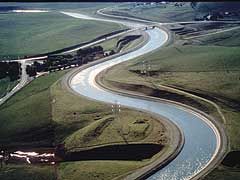 In the mid-1970s, it was common for many Santa Barbara County communities to deny water meters to limit growth and development.  Santa Barbara experienced periodic droughts up until 1991, when it finally built a pipeline connecting to the State Water Project’s California Aqueduct[1].

However, a 2012 climate change study entitled “When It Rains It Pours,”[2] by Environment California’s Research Policy Center, suggests it might be better for California to build new water storage facilities in Santa Barbara than in the Sacramento Delta.  The reason: From 1948 to 2011, extreme storms increased south of the Bay-Delta by 35 percent and decreased north of the Bay-Delta by 26 percent.  Santa Barbara in particular saw a 72 percent increase in extreme storms.

This is a striking finding. It’s one that some might think should affect public policies dramatically, given that polls showing overwhelming public support to address climate change[3]. And this isn’t speculative, based on expectations on what will happen as carbon builds up in the atmosphere. It’s already happened.

Given all the billions of dollars being spent by California in identifying and combating climate change[4], it is inconsistent that state water planners apparently can’t keep up with basic changes in rainfall patterns.  There has been a 60-year shift in Santa Barbara and San Luis Obispo counties, where there are not enough reservoirs to capture rainfall for statewide needs.

A sober evaluation suggests that practical considerations should matter most — not knee-jerk reactions to new data or abstract theories based on assumptions of near-omniscience about the physical world.

This becomes clear when thinking about the state’s present approach and how it might change if the recent regional rainfall study were considered definitive. 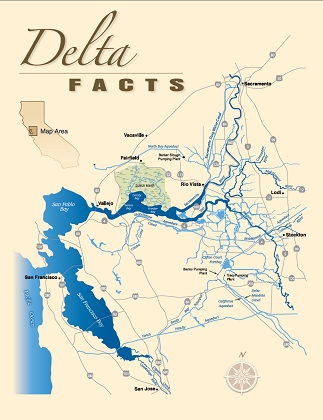 Putting any new water storage in Santa Barbara runs against current planning efforts to undertake a massive $53 billion re-engineering of the Sacramento Delta[5].  State water planners have even named their effort to build new future dams the “North of the Delta Offstream Storage Investigation Project (NODOS).”[6]

After investigating 52 potential new reservoir locations, state and federal planners have focused on five surface water storage sites north of or near the Delta: