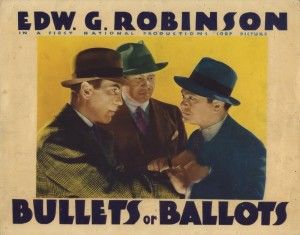 [1]On Aug 13, the Assembly Elections and Redistricting Committee [2]heard testimony on several bills that supposedly would “reform” the campaign money process.

SB 27 would require state ballot measure committees and state candidate committees which raise $1 million or more for an election to maintain an accurate list of the committee’s top 10 contributors, and provide that list to the California Fair Political Practices Commission.

SB 27 was sparked by the now infamous contributions last fall from Phoenix-based Americans for Responsible Leadership, [5]an Arizona nonprofit organization. According to Correa, ARL donated $11 million. Receiving the money were the campaign against Proposition 30, which raised Californians’ taxes $7 million; and the campaign for Proposition 32, which would have prevented labor unions from automatically deducting union dues for political campaigns.

After a court battle with the FPPC, this “dark money” nonprofit group revealed that it was not the original source of the $11 million contribution but merely an intermediary. “They disclosed the true origin of the money was another nonprofit, and another nonprofit,” Correa said at the hearing.

Correa said the purpose of his bill is to require nonprofits to reveal the true sources of campaign contributions. While Correa’s bill is sponsored by the FPPC, other groups stepped up to renounce “dark money.”

The original source of this campaign money is still unknown to the public and the matter is still the subject of an ongoing FPPC investigation, Correa added.

Who is allowed to lobby?

“I see this as an attempt to silence and crush out dissent,” said Assemblyman Tim Donnelly, R-Twin Peaks. “Government and media demonize opponents’ positions.”

Donnelly asked Correa why, if SB 27 was intended to shed light on the sources of money flowing into campaigns, the educational system was not also being scrutinized for openly lobbying on behalf of Prop. 30? State law prohibits public officials from using their offices to promote initiatives.

Donnelly said teachers and school administrators handed out flyers to students and parents, and talked in classrooms about the need for the parents to vote for Prop. 30. “It’s an illegal use of state resources,” Donnelly said. “But nobody here talked about the illegal use of K-12 grade employees and the university system being used to lobby parents on Prop. 30.”

Zackery Morazzini[7], counsel for the FPPC, suggested Donnelly file a complaint. Morazzini explained his department was just the enforcement arm of the FPPC and could not do anything without a complaint. But he assured Donnelly that the FPPC has gone after many public entities.

“To hear from thousands of Californians that their schools were using public resources to lobby on behalf of Prop. 30 was deeply disturbing,” Donnelly said. “But when you’re only going after one side, I can’t get behind that. We have a much more corrupt system here than just the ‘dark money.’”

California Common Cause, the League of Women Voters, and the Alliance for Justice, which “represents thousands of legitimate nonprofits,” according to its representative at the hearing, support SB 27.

The California Clean Money Campaign[8], also in support of SB 27, is more of a mystery. Also a nonprofit, the CCMC appears to be largely staffed[9] with community organizers. And it is unclear where their own funding comes from.

But each of the groups in support of SB 27 was largely mum on campaign funding from public employee unions.

I covered a situation [10]of campaigning and lobbying in the classroom[11] at California State University, Fresno during the 2012 election. Despite receiving a rebuke from school officials, professors and teachers had no intention of stopping.

“State college instructors and professors continue to promote Prop. 30 during class time, according to Daniel Harrison, a student at California State University, Fresno, and president of the Fresno State College Republicans,” I wrote[12].

During the campaign, one professor even assigned an essay question on a midterm exam, demanding that students “argue for virtues of Proposition 30 by referring to relevant parts of Jean Jacques Rousseau’s political philosophy.” The professor’s instructions included, “You will not earn any credit at all just by saying what Prop 30 is all about. Your goal is to demonstrate that you can use J.J. Rousseau’s ideas and concepts to explain the rationale for Prop. 30.”

“Prop. 30 is the poster child for a campaign that misused public resources,” Donnelly told me after the hearing. “Not only was the use of public school classrooms to campaign for the massive tax increase illegal, but the very idea of using the unlimited resources of government to lobby against the interest of hardworking taxpayer is downright immoral.”