Bullet train: Judge shows taxpayers may be saved by Prop. 1A

The Friday ruling by a Sacramento judge that the California High-Speed Rail Authority was violating the 2008 state law[1] providing funds for the bullet-train project was the first good news that the many foes of the project have had in years. 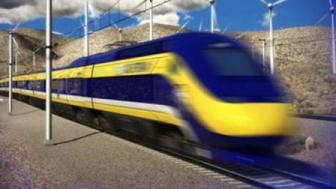 But what’s not yet appreciated is that the good news was generated by that rarest of Golden State phenomena: a well-crafted state initiative. Proposition 1A — the 2008 measure providing $9.95 billion in state bond funding for initial work on a much-costlier statewide bullet-train system — included several powerful protections for California taxpayers.

Two of those protections were cited by Superior Court Judge Michael Kenny[2] in his decision. One held that construction could not begin on any segment until the state had reliably identified financing for the entire 300-mile initial operating segment, which is to link Merced and northern Los Angeles County. The second held that construction could not begin until all necessary environmental clearances had been obtained for the entire initial segment.

Judge Kenny’s failure to order a halt to work being done by the California High-Speed Rail Authority in preparing for construction of the first 30 miles of the rail line in Madera and Fresno counties appeared to offer hope to bullet-train supporters and authority officials. He will hold an as-yet-unscheduled hearing, likely to allow the state to respond to his ruling and to provide assurances that it will comply with financing and permitting requirements.

But it is difficult to see how the authority can offer such assurances — especially by documenting that it has the needed funds for the entire initial operating segment. The $13 billion-plus in total state and federal funds for the project are far short of the $31 billion the authority’s business plan says will be needed to build the 300-mile segment (see the plan here)[3]. Private financing is unavailable because of another powerful Proposition 1A protection: one barring subsidies to investors, even if they are disguised as revenue or ridership guarantees. No investor is eager to partner with the state of California on such a controversial and troubled project without such guarantees.

And so far state officials have only completed environmental reviews for the 27 miles the train is supposed to run between Madera and Fresno. Even if Attorney General Kamala Harris continues to weaken environmental regulations[4] governing the project, it is difficult to imagine how the rail authority could quickly obtain clearance for more than 270 miles of the bullet-train route. The same delay-and-obstruct legal tricks that NIMBY groups and greenmailing unions and lawyers have used for years are available to bullet-train foes.

But as this legal battle plays out, there is another one on the horizon that looks at least as grim for bullet-train fans. It deals with what is perhaps Prop. 1A’s most important protection — one fought for by former state Sen. Quentin Kopp[5], the San Francisco politician who is considered the father of the California bullet-train project but who opposes the present state version.

That is the requirement that when complete, the bullet-train system will allow a passenger to go from downtown Los Angeles to downtown San Francisco in two hours and 40 minutes[6] or less. While state newspapers’ coverage of high-speed rail is dramatically improved over what was seen in 2008, one obvious angle has been ignored. That angle: When Gov. Jerry Brown and rail authority board chairman Dan Richard shaved $30 billion[7] off the previous $98 billion price tag for the project by embracing a “blended” system, they essentially gave up on meeting the two hour and 40 minute promise to voters.

A “blended” system in which a high-speed bullet train links San Jose and Palmdale (about 410 miles), with regular rail bringing passengers from San Jose to downtown San Francisco (about 50 miles) and from Palmdale to downtown Los Angeles (about 60 miles), won’t come close to the 160-minute requirement. Even if the trains used on regular rail in the Bay Area and the L.A. area go 90 mph — which is unlikely — that would take up 73 minutes of the 160 minutes. That would mean that on the San Jose-Palmdale link, the train would have to cover 410 miles in 87 minutes — 283 mph.

That’s nearly 100 mph faster than the 187.5 mph (300 kilometers per hour) used to estimate travel time on Taiwan’s[8] and Spain’s[9] bullet train systems. No rail expert not in the employ of the state has ever said the 2 hours and 40 minute requirement can be met with the “blended” plan. A lawyer for Kings County, which was among the plaintiffs in the lawsuit that generated Friday’s ruling, said the likely travel time was double the promised number of minutes.

The governor and Richard apparently believed that they could get away with disregarding this key provision of a plainly written law, at least until enough of the bullet train were built that the “we’re-so-close-we-must-finish-it” argument would seem plausible.

But now that Judge Kenny has held that the law’s protections matter on other fronts, the fact that there is no way the project can meet its most fundamental guarantee — that it be a high-speed train linking San Francisco and Los Angeles — seems certain to catch his attention in the next phase of the trial. It will deal with the speed issue, among other matters.

And if Kenny rules as he did Friday — telling the state that it must comply with Prop. 1A — then the bullet-train boondoggle may be dead at last. The rail authority won’t be able to comply with the two hour and 40 minute requirement because it is very close to a physical impossibility — at least unless the governor goes back to the old $98 billion plan that he abandoned because of its enormous cost.