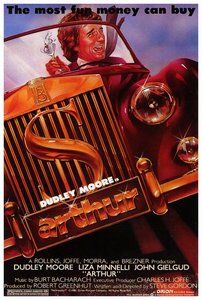 In the first half of the year, legislative leaders, political parties and political action committees lured campaign contributors with limousine rides, gourmet meals and swag bags loaded with booze and iPad Minis, a CalWatchdog.com analysis of campaign spending reports has found.

Californians for Jobs and a Strong Economy, a political action committee funded by multi-national corporations and special interest groups[2], spent heavily in support of Democrat Leticia Perez, a Central Valley state Senate candidate who narrowly lost a July special election. The PAC filled its campaign coffers with checks from the state’s most active special interest groups, including $250,000 from Chevron, $80,000 from the California Association of Hospitals and Health Systems, $25,000 from Wal-Mart and $38,000 from PG&E.

But you have to spend money to make money. The committee attracted its contributors[3] by spending $73,140 on a fundraising event at French Laundry[4], Napa Valley’s most exclusive restaurant. The television chef and culinary critic Anthony Bourdain[5] considers it the best restaurant in the world. Earlier this year, the Daily Meal named the Napa Valley establishment “the finest restaurant in the U.S.”[6]

“A great meal is a kind of journey that returns you to sources of pleasure you may have forgotten and takes you to places you haven’t been before,” the three-Michelin-starred restaurant explains on its website[7].

Limo rides for Perez and Huff

Perez rang up $1,872 in charges to Abe’s Limousine & Tours[8] during a December trip back east for the White House holiday reception. The speaker was accompanied by two unidentified individuals, according to his latest campaign report. The speaker’s office did not respond to CalWatchdog.com’s request for a comment about the trip.

Limo rides were a bipartisan affair. In May, the Senate GOP leader took a dozen contributors out to a San Francisco Giants ballgame to raise funds for his 2016 Assembly bid. Sacramento-based Universal Limousine and Transportation charged $1,448 for the night[9]. “Whether it’s to impress that important business client, or for a wedding or a special night out on the town, our richly appointed stretch limousines are a perfect way to travel worry-free and in style,” Universal Limousine, the company they used, boasts[10] on its website.

Huff’s group rang up an additional $584 in charges once they arrived at AT&T Park. Although profligate with its fundraising, Huff’s 2016 Assembly committee has been frugal with fellow Republicans. The committee hasn’t parted with any of its cash this cycle. It did not report any contributions to any targeted Senate candidates nor has it transferred any funds to the state party.

But while Huff didn’t share his campaign cash with the state party, he shares its taste in limo companies. In April, the California Republican Party accumulated $1,272 in transportation charges[11] with the same company.

Of course, expensive meals and limo rides don’t last. To make sure that the state’s major political donors treasure the memories, campaign committees spent hundreds of thousands of dollars on luxury swag bags that included expensive booze and iPad Minis. None came close to rivaling this year’s Speaker Cup, considered “the jewel of the legislative fundraising circuit.”

Held annually at the swanky Pebble Beach Resort, the Speaker’s Cup helps California Democrats raise more than a million dollars per year from the state’s biggest special interest groups. The event, which is underwritten by AT&T, gives wealthy benefactors quality face time with legislators as they hit the links or relax at the world-renowned 22,000-square-foot spa.

“The Speaker’s Cup is the centerpiece of a corporate lobbying strategy so comprehensive and successful that it has rewritten the special-interest playbook in Sacramento,” the Los Angeles Times wrote in a 2012 profile[12] of the annual event.

The feature item of this year’s swag bag was an iPad Mini, bought and paid for by the event’s lead sponsor, AT&T. The telecommunications giant, which routinely lobbies the legislature, spent just shy of six-figures on 253 iPad Minis as an in-kind contribution for the 2013 Speaker’s Cup. On May 4, the committee reported a $99,596.69 expenditure[13] at the San Francisco Apple Store.

It wasn’t the company’s only Speaker’s Cup expense. AT&T also plopped down $4,801 for a VIP reception held at Pebble Beach and left a $60,000 down payment[14] for next year’s event.

On the same day that AT&T loaded its shopping cart with iPads, Diageo, the world’s largest producer of spirits[15], donated $29,504.04 worth of alcohol[16] to the California Democratic Party, which organized the 2013 Speaker’s Cup.  The multi-national corporation made additional in-kind contributions during the first half of the year. In total, Diageo donated $76,091 worth of alcohol to the state’s Democrats. The California Republican Party also reported an in-kind contribution of $262 worth of wine, or .34 percent by volume compared to Democrats.

This isn’t the first time that legislators have been caught using campaign funds for luxury items. In 2007, then-Speaker of the Assembly Fabian Nunez charged thousands of dollars in questionable campaign expenses. Among the list of charges reported by the Times[17]: $47,412 in airfare, $8,745 at an exclusive Spanish hotel; $5,149 at a Bordeaux wine seller; $2,562 at Louis Vuitton; and $1,795 at a Parisian restaurant. The Fair Political Practices Commission later concluded that[18] Nunez had not broken any state laws.

State law bans campaign committees from making expenditures[19] “which confer a substantial personal benefit.” However, the state’s political watchdog has carved out an exception[20] for any activities that have a political, legislative or governmental purpose.