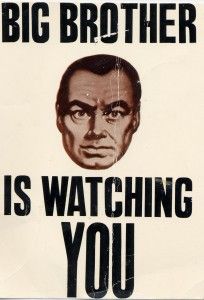 [1]If it weren’t for the nice cars we drive instead of Trabis[2], I’d swear we were living in East Germany c. 1985. Here’s the latest outrage from what I call the Stasi SuperSnooper State:

The saga of Lavabit founder Ladar Levison is getting even more ridiculous, as he explains that the government has threatened him with criminal charges[5] for his decision to shut down the business, rather than agree to some mysterious court order. The feds are apparently arguing that the act of shutting down the business, itself, was a violation of the order:

… a source familiar with the matter told NBC News that James Trump, a senior litigation counsel in the U.S. attorney’s office in Alexandria, Va., sent an email to Levison’s lawyer last Thursday – the day Lavabit was shuttered — stating that Levison may have “violated the court order,” a statement that was interpreted as a possible threat to charge Levison with contempt of court.

This is pure Soviet/KGB-East German/Stasi socialism. It means Levinson doesn’t really own his business, and can shut it down any time he wants as if it were a hot dog stand. It means the government owns his business — and owns him and you and me. Here’s Amerika’s new national anthem.