Fracking: Can we trade CA Dems for PA Dems?

The New York Times[1] and the Huffington Post[2] have reported that the Obama administration supports fracking and doesn’t buy the alarmism of the enviromental lobby on this. Now another prominent  publication, the National Journal, points out[3] a fact that the Los Angeles Times and the Sacramento Bee refuse to share with their voters:

“Obama, for instance, has called for hydraulic fracturing, or fracking, to be safe and carefully monitored, but has never pushed for federal restrictions on it.” 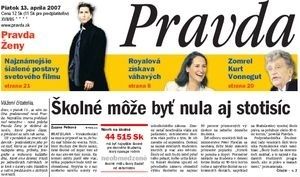 But the Sac Bee’s Tom Knudson won a Pulitzer, so let’s defer to him if he doesn’t think the view of the greenest president of all time is relevant to his opus[4] on California and fracking.

Hey, Tom: How do you sleep at night? Pravda would be proud of you.

But back to the National Journal article, which discusses the potential for a split among Democrats nationally over fracking. This passage makes we wish we could trade California’s dominant political class for Pennsylvania’s: 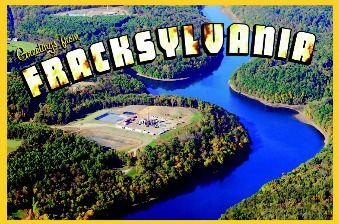 “At first glance, Pennsylvania’s Democratic gubernatorial primary next year looks like a prime opportunity for the party to swing left on natural gas. Fracking is a major issue in the state’s politics. Primaries are driven by the party’s base, which is friendly to environmental causes. And many of those voters live in or near Philadelphia, the one region of the state that hasn’t benefited economically from the natural-gas boom. On top of all that, two of the candidates, John Hanger and Katie McGinty, are former heads of the Pennsylvania Environmental Protection Department.

“But operatives connected to many of the campaigns predict the campaigns won’t veer left on natural gas. The politics of opposing fracking are complicated, even within the Democratic Party, they say, because most Democrats believe it brings jobs that are worth the environmental risk. ‘The flip side to appeasing the environmental lobby is that you open yourself up to getting roasted on killing jobs in Pennsylvania,’ said one Democrat working one of the campaigns.

“The front-runner in the race, Rep. Allyson Schwartz, has already publicly opposed the state party’s moratorium resolution. Few expect other contenders for the nomination, including Hanger, McGinty, State Treasurer Rob McCord, or businessman Tom Wolf, to take a stand in sharp opposition to the industry. The Democratic contenders will talk a lot about being sure to regulate the industry and levying larger taxes on it, said Chris Borick, a professor and pollster at Muhlenberg, but they won’t go further.” 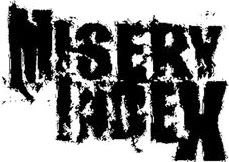 That’s what Democrats who believe job creation is a good thing sound and act like.  But as I wrote Monday[5], the contrast with California’s Democrats could not be more pronounced:

“Nearly one in five adults in California who wants to work full time can’t find such a job. The state’s unemployment rate has been among the highest in the nation for four years. And just Friday, a new report said it had gone up to 8.7 percent in July, going against the broader U.S. trend.

“Why don’t these grim facts create a sense of urgency in Sacramento? Don’t Brown, Steinberg and Pérez understand how much human misery is reflected in these numbers? How this vast joblessness is very much linked to the fact that California has the highest poverty rate of any state?

“The Golden State’s unemployed do not deserve this cruel indifference. In the capitals of other megastates, there is a bipartisan desire to create jobs. In Albany, many Democrats seek to help New York’s banking, finance, manufacturing and garment companies. In Austin, many Democrats work to boost Texas’ energy, aeronautics, cattle and farming interests. In Tallahassee, many Democrats look to assist Florida’s tourism, international export and agriculture industries.”

And in Harrisburg, many Democrats back fracking, knowing it’s doing great things for Pennsylvania’s economy.

“Democrats are passionate only about preserving union jobs and creating subsidized jobs in ‘green’ industries.

“Why? How can a party that is supposed to be devoted to helping the downtrodden be so indifferent to the millions of Californians who want and need jobs? It’s mystifying — and sad.”