‘Top 100’ power list telling about Skelton — and about Capitol 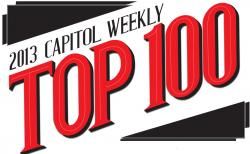 John Howard’s annual Top 100 list of the most powerful non-lawmakers in Sacramento is always a riveting read because the Capitol Weekly feature offers an unvarnished view of how the Capitol works. The most powerful people are often folks who have far more power than most lawmakers — but no one’s ever heard of them. Year after year, many of these people are union executives. This year, No. 2 is the CTA’s boss. Do you know his name? Of course not.

But for most of the years when the list has come out, the main narrative in Sacramento hasn’t been the impediment to good governance presented by powerful unions. It has been the difficulty of raising taxes, even though the state’s taxes in many cases are among the highest in the nation. The L.A. Times even once had as the lead story in its entire newspaper an analysis piece by Evan Halper making this point — without even alluding to the headaches caused by union power.

So on the one hand, John Howard and the Capitol press corps know where the real power lies. But on the other hand, for years they’ve accepted the union theory that the biggest problem facing the Golden State is the two-thirds threshold to the Legislature’s raising taxes — not the trillion different ways that having teachers and other public employees control Sacramento is bad for budgets, bad for government performance and bad for prospects for reform.

Back to this year’s list, released this week[1]. It’s also extraordinarily telling in how John Howard presents what is apparently the conventional wisdom about George Skelton of the Los Angeles Times.

“We’ve thought that the best newspaper columnists are solid wordsmiths and aren’t predictable, repetitive or doctrinaire, and the L.A. Times’ George Skelton passes the test.” 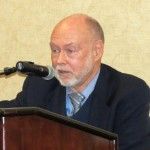 As an example of Skelton’s unpredictability, Howard does come up with a good one — Skelton noting the dishonesty and spin of the governor’s and the attorney general’s refusal to defend Proposition 8.

But that’s not the normal Skelton. The normal Skelton frequently verges on self-parody with the quasi-religious way he reflexively offers up Democratic conventional wisdom on the big issues of the day. Can you ever remember him writing that hey, it’s crazy how hostile California is to business? Or, hey, why do the teachers unions get to tell Tom Torlakson how to be superintendent of public education? Or, hey, why does Torlakson listen?

The example of Skelton servility/conformity that will never be topped came on Dec. 16, 2011[2]. I wrote about it at the time for calwhine.com.

“In fall 1972, legendary New Yorker film critic Pauline Kael expressed amazement after reading that Richard Nixon was a heavy favorite for re-election. Why? Because she didn’t know anyone in her Manhattan circles who was voting for the president. In his Monday column[3], the L.A. Times’ George Skelton exposed his Kael-style bubble for all the world to see, and in so doing confirmed what I’ve been writing for years: Sacramento’s Democrats and the Sacramento media establishment generally believe the exact same things. So much for any hope we’ll get honest, neutral coverage of state government.

“Skelton confirmed this sad state of affairs in a column that ripped Jerry Brown for saying in 2010 while running for gov that he wouldn’t back ‘new taxes unless the people vote for them.’

“This was an unfortunate promise Brown made when running for governor in a too-clever-by-half effort to undercut opponent Meg Whitman’s false characterization of him as a liberal tax and spender. …

“It’s hard to find anyone around the Capitol outside the governor’s office who doesn’t think the promise was wrongheaded.”

“LOL! A little more than one-third of all state legislators and their aides firmly support the idea that Californians be given a de facto veto over higher taxes. These people are called ‘Republicans.’ In Skelton’s world, they either don’t exist, or they agree with him on the need for higher taxes but just won’t say so.

“But what’s even more groan-worthy about this is that it ignores the sentiment of millions of California voters, not just Republican officials. In May 2009, exit polls showed Democrats, Republicans and independents alike rejected higher taxes proposed in a special election. Why? Because they know that California has among the nation’s highest income, sales and gas taxes, and the highest business taxes in the West, and they think the state government should be able to function on the revenue from these sky-high taxes.”

The allegedly great columnist who touts the lazy union narrative

If George Skelton is a very good columnist, as Howard asserts, how could he write such tunnel-vision drivel?

Because Skelton is the voice of a Sacramento media-political establishment that has long parroted the lazy, union-promoted narrative that Proposition 13/anti-tax sentiment is the devil in California — not public employee unions, despite all evidence to the contrary.

Skelton may retire any day now. He’s been at it a long time. But the Sacramento establishment needn’t worry. As I wrote earlier this week, the Sac Bee’s Dan Morain is spoiling[4] to take Skelton’s place as establishment stenographer. The Skelton tradition will carry on, for worse and worse.