For years, I’ve written about the muddled thinking of liberal California pundits when it comes to government spending. I find it amazing how little comprehension there is that every dollar that is spent for unnecessary public employee compensation and every dollar that is spent for unnecessary environmental measures is a dollar that can’t be spent either on social services or on basic government services that benefit everyone.

Budgeting, at least at the local and state level, where spending plans have to be balanced, is literally a zero-sum game. Yet it is inexplicably rare for a California journalist to note that political influence is driving compensation and regulatory decisions and to then link these decisions to this result: that there is less money available for the broader good or for the needy. 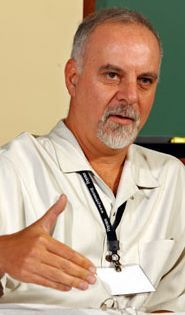 In Saturday’s Los Angeles Times, liberal pundit Steve Lopez offered strong proof[1] that he had been mugged by reality and had figured out this dynamic. The topic: the city’s Department of Water and Power, which is every bit as out of control as the Metropolitan Water District of Southern California with its employee-first priorities.

“… rates wouldn’t be going up as much if DWP employees joined the rest of the world and contributed, out of pocket, toward their healthcare premiums. The new deal does not require that for current or future employees. They’ll pay more toward their retiree healthcare costs, and 2% of the savings generated from a delay in pay hikes will go toward healthcare.

“But there will be no reduction in an employee’s paycheck.

“With healthcare costs rising, he said, and private sector employees bearing more of the burden, it was all the more reason to bring public employees on board. And what better time to extract such a concession than the year in which IBEW spent a fortune backing Wendy Greuel for mayor, only to see her crushed by Eric Garcetti.

“With other city employees set to negotiate new contracts soon, what incentive is there for them to pay for healthcare now that DWP employees have been spared? None.”

Now, after that display of common sense, Lopez has what amounts to an epiphany: linking compensation decisions driven by political clout to headaches for the general public caused by inadequate government funding.

” … you can look for the mayor and council members to go hat in hand to the public next November with a bond measure to pay for street repairs, if not sidewalk repairs. This despite Garcetti saying during his campaign that he didn’t think we needed a sales tax increase.

“The ‘back to basics’ mayor, as Garcetti calls himself, apparently has no other way to pay for streets and sidewalks without that bond measure.

For good measure, Lopez also refers to another stress factor on DWP rate payers: the city’s “increasingly expensive mandate on securing renewable energy,” environmental trendiness that may thrill Westside enviros but that does nothing for most L.A. residents but reduce the money they have to spend on their families.

The travails of San Jose, Stockton and other troubled cities in California have kept the spotlight off Los Angeles. But it is headed into decades of budget pain because of its generosity to unions. As I noted in a post earlier this year[2], more than one-third of the city’s budget goes to pay for retirees’ pension and health care — and that percentage is going up, not down.

At least with the election of Garcetti as mayor, L.A. voters have chosen someone who grasps this is a problem. Greuel, the loon Garcetti defeated, wanted to add 2,000 police and 800 firefighters to the payroll — a 20 percent increase even though L.A.s crime and fire problems are near historic lows. Why? To win the support of the police and fire unions.

But Greuel’s defeat will only buy L.A. a little extra time in staving off its decline. It’s not just the city’s permanent budget nightmare. L.A.’s private-sector economy is also in the middle of a broad, long-term decline that only occasionally gets the attention[3] of its large daily newspaper.