The bill would put farm workers under the state’s Mandatory Mediation and Conciliation law. Under that law, the California Agriculture Labor Relations Board could impose wages, terms and conditions of employment on the farm workers and the company itself. The terms of an agreement would decided by a single arbitrator/mediator, who meets with the employer and the union separately, and drafts the contract. Workers never would get to vote on the contract (as they do with collective-bargaining agreements).

The bill is sponsored by the United Farm Workers[3] labor union, which has come under hard times since legendary co-founder Cesar Chavez died in 1993. As the Nation magazine reported in 2012,[4] mismanagement has caused the union’s membership to nosedive from a peak of 50,000 to about 6,000 today.

Steinberg, a former labor union lawyer, is not only carrying the legislation, but using his considerable influence to get the bill signed into law.  SB 25[5]  passed both houses of the Legislature and awaits a decision by Gov. Jerry Brown on whether to sign it.

Farmers and growers could be forced into fast track mandatory binding mediation with a collective bargaining agreement. This would severely limit any due process an employer may have to appeal a mediator’s order to a court.

SB 25[6] would expand the use of mandatory mediation under California’s Agricultural Labor Relations Act of 1975[7], and would remove the current requirement that the employer must have committed an Unfair Labor Practice prior to mandatory mediation. SB 25 seeks to shorten the length of time it takes for a mediation decision to become binding, as well as reduce the number of negotiations that qualify for the process.

Dan Gerawan’s story depicts a state government seeking to encroach on private sector business. Gerawan says that, if SB 25 [2]is signed into law, he could lose his business and thousands of his workers could lose their jobs.

He believes the real motive behind SB 25[8] targets his 5,000 workers, as well as other large farming companies’ workers. Forcing Gerawan’s workers into the UFW would almost double the union’s size — assuming the workers didn’t lose their jobs. 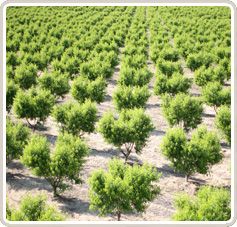 Back to the future

The UFW won an election to organize Gerawan Farming more than 20 years ago. The election was certified by the California Agricultural Labor Relations Board in 1990. The UFW held only one meeting a couple of years later, then abandoned the farm due to lack of worker support, according to Gerawan. There was never a contract.

Gerawan has testified at each legislative committee hearing for SB 25 that his company offers the highest paying employment package in the industry; his workers don’t need or want the union.

Then, without warning, the UFW union reentered the scene in late 2012, claiming it represented Gerawan’s workers.

“To our knowledge, the UFW has never asserted, as a justification for its failure to do anything, an alleged statement by us that we would not sign a contract,” Gerawan explained. “They didn’t file unfair labor practice charges, or even send us a letter, or call us in 20 years.”

The UFW has invoked the law only a few times since 1975 because the union cannot use mediation until it gains contracts. According to Gerawan, the union has been largely unsuccessful in its attempts to organize workers in the last two decades. “The UFW is so inept,” Gerawan said. “They abandoned the workers, and now they are back to pick the pockets of the highest paid workers in the industry.”

“The UFW won a contested election at my family’s company 23 years ago,” Gerawan first told me in June. “But after only one bargaining session, they disappeared. The UFW completely abandoned the workers. We have no right to opt-out. Neither do our workers. They won’t be asked to ratify this contract. They won’t be asked to authorize the UFW to negotiate. They are not given that choice.”

SB 25 would be a weapon so powerful there would no longer be a need to negotiate with the UFW, only to capitulate to union demands, according to Gerawan.

In 2011, Steinberg authored SB 104, [12]which sought to give the UFW the ability to organize farm workers by using a card-check system. Card-check allows a union to organize if a majority of employees simply sign a card. The card is then made public to the employer, the union organizers and co-workers. It’s easy to intimidate workers into signing because there’s no secret  ballot.

Brown vetoed SB 104 [13]and said he wasn’t convinced the ALRA needed the drastic changes to the law. Brown signed California’s 1975 Agricultural Labor Relations Act into law during his first stint as governor. The ALRA provides many of the worker protections that previously needed to be negotiated in union contracts.

Simultaneously, while Steinberg is losing no time pushing SB 25 through the Legislature, the UFW and ALRB mandatory mediation is speeding toward a board-ordered contract, according to Gerawan.

Gerawan was in the Capitol on August 15 with a large group of farm workers who also oppose SB 25, meeting with lawmakers about the ramifications of SB 25.

“No staff or member argued that there was anything fair about the bill,” Gerawan said. “They all agreed it sounded unfair. Many Democrats seemed actually outraged over it.” However, Gerawan said there is tremendous political pressure on lawmakers from Steinberg.

Gerawan said he’s not giving up the fight. “SB 25 will put us out of business,” Gerawan said. “Out of earshot of my employees, I stepped back into the legislators’ offices when I was at the Capitol last week, and told lawmakers this.”

Gerawan said he is hopeful for a veto from Brown.