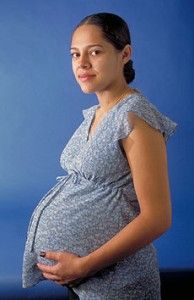 [1]
SACRAMENTO — Despite questions about statistics, AB 154  passed [2]both houses of the state Legislature and is headed to Gov. Jerry Brown for his signature or veto. In addition to medical doctors, it would allow nurses, midwives and physician assistants to perform abortions. It’s authored by Assemblywoman Toni Atkins, D-San Diego, who pushed hard to get it passed after a similar bill was defeated last year.

Supporters of AB 154 [3]claim there is a growing problem of  access to abortion services in California. “Fifty-two percent of the counties do not have accessible abortion providers,” state Sen. Hannah-Beth Jackson, D-Santa Barbara, testified Monday. “Women must delay care or drive long distances, especially in rural areas.”

Jackson said there is a growing shortage of facilities to assist women with their “reproductive decisions.”

“The impact on lives, on the mother and the baby, and yes, there is a baby, is a leveling down of health care for women,” said Sen. Jim Nielsen, R-Gerber, at the hearing. “It’s not a ‘procedure’ — it’s an operation. This is very dangerous.”

“Rural women deserve the same level of health care as women in cities,” said Sen. Joel Anderson, R-San Diego. He argued that AB 154 [3]would diminish the quality of health care provided to women. He said it was ironic because, back in the 1960s and early 1970s, it was Democrats who fought so hard to get abortions out of alleys and performed by medical doctors in clinics and hospitals. “No woman should lose her life,” he said. “It puts women’s lives at risk.”

Sen Ted Gaines, R-Rocklin, brought up another issue with the bill. “I represent 11 counties, three-quarters of which are rural,” Gaines said. “There is not an issue of access to doctors. This should not be left to anyone but a doctor.”

The bill’s backers include:

Unfortunately, authoritative abortion numbers are hard to come by. Statistics come from two sources, the federal Centers for Disease Control[6] and the The Guttmacher Institute[7], a private foundation.

California does not keep statistics on how many abortions are performed each year. Nor does the state report abortion statistics to the Center for Disease Control[8], as 48 other states do. So claims of a reduction in abortion access are questionable.

The Guttmacher Institute, the source of most abortion data, was founded in 1968 by Alan F. Guttmacher[10], former Planned Parenthood president and former vice president of the American Eugenics Society.

Planned Parenthood receives more than $360 million each year from taxpayers.[11] It continues to fund the Guttmacher Institute, which has an annual budget[12] of approximately $17 million. The Institute’s annual report lists more about its sources of funding[13].

California has not complied with CDC requests for abortion data in many years. And since CDC California totals are routinely incomplete, lawmakers turn to the Guttmacher Institute for data. But without data from California, Guttmacher reports are not reliable for our state.

On its website[14], in a section titled, “Where Do Women Obtain Abortions?” Guttmacher reports[15]:

• “In 2008, there were 1,793 abortion providers in the United States. This is virtually unchanged from 2005, when there were 1,787 abortion providers. Thirty-four percent of these providers were hospitals, 21 percent were abortion clinics (clinics where more than half of all patient visits were for abortion), 26 percent were clinics where fewer than half of all visits were for abortion, and 19 percent were private physicians’ offices. Seventy percent of all abortions were provided at abortion clinics, 24 percent at other clinics, 4 percent at hospitals and 1 percent at private physicians’ offices.

• “In 2008, 87 percent of U.S. counties had no abortion provider. One-third of American women lived in these counties, which meant they would have to travel outside their county to obtain an abortion. Of women obtaining abortions in 2006, nonhospital providers estimate that 27 percent traveled at least 50 miles.

But links to Guttmacher’s data merely lead to national studies[16] also done by the Guttmacher Institute[17], as well as information from their own prior testimony[18] to the Committee on Preventive Services for Women for the National Institute of Medicine. So it’s hard to corroborate Guttmacher’s data with sources outside itself.