Is California the next Detroit?

Editor’s Note: CalWatchdog.com has been following Detroit’s economic situation for several years, and in light of its recent filing for Chapter 9 bankruptcy, we are re-releasing a series of articles detailing the city’s challenges. This piece was originally posted on CalWatchdog[1], August 14, 2012.

Most Californians live within about 50 miles of its majestic coastline — for good reason. The California coastline is blessed with arguably the most desirable climate on Earth, magnificent beaches, a backdrop of snow-capped mountains and natural harbors in San Diego, Long Beach and San Francisco. There is no mystery why California’s population and economy boomed after the Second World War. 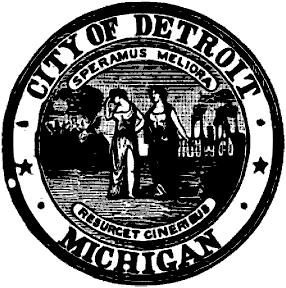 [2]The Golden State was aptly named. Its Gold Rush of 1849 was followed a century later by massive growth in the 1950s and 60s. Education in California became the envy of the world. Stanford became the Harvard of the West. A college education at the University of California and California State University systems was inexpensive. The Community College system that fed its universities was ostensibly free.

California’s public school system led the nation in innovation and almost all of its classrooms were new. The highway system that moved California’s automobile-driven commerce eliminated the need for public transportation systems like New York and Chicago. The fertile soil of the Central Valley became the breadbasket of the world.

The next golden wave in the 1980s grew from former orchards south of San Francisco known as Silicon Valley. Intel and other companies led the world’s computer and software revolution. In the 1990s, the dot-com revolution brought immense wealth to more Californians. Its innovators, Google, Apple and others, ushered in the Internet Era. The 2000s brought the greatest housing and mortgage boom in the nation’s history, with innovation centered in Orange County. California was truly the Golden State.

Why then would the author have the temerity to ask, “When did Californians become Stupid?” And: Is California the next Detroit?

Californians, due to their golden history, live in unique oblivion. When the Tea Party movement caused a political tsunami that swept more than 60 incumbents from political office in 2010, the wave petered out at California’s state line. There was no effect on the 2010 election that saw Democrats take every elected office in the state.

California voters rejected Meg Whitman, the billionaire founder of Ebay, in favor of Jerry Brown. Gov. Brown signed into law a “high-speed rail” bill that will spend $6 billion (the state does not have) to build a train between Fresno and Bakersfield — not Los Angeles and San Francisco, as promised. There was little outcry.

California has a $16 billion deficit that no one seems to notice. Brown’s budget “assumes” that California voters will pass massive tax increases on themselves. If they do not, the 2013 deficit becomes a mind-numbing $20 billion. The budget, mandated to balance by the Calfornia Constitution, has been billions in the red for 10 straight years. How could Californians re-elect the same politicians year after year that produce budgets with multi-billion dollar deficits?

California has 519 state agencies, like the state Blueberry Commission, that pay each of their commissioners more than $100,000 per year. State politicians, when asked to make cuts, fire teachers and fire fighters to inflict maximum pain on its citizens, while leaving these patronage commissions intact. State politicians have elevator operators in the state capital to push the buttons for them. Their solution for the overcrowding of the state’s prisons is to release inmates or transfer them to local facilities in already bankrupt cities. Yet, they are re-elected by California voters in numbers consistently higher than the old Soviet Politburo.

California’s public education system, once the envy of the world, now ranks 49th in the nation. Its business climate, according to 650 CEOs measured by Chief Executive Magazine, ranked dead last. Apple will take 3,600 new jobs to Austin, Tex. at its $280,000,000 new facility. Texas ranked first in the same survey.

California unemployment is consistently higher than 10 percent of its workforce, but it’s under-employed, according to a Gallup poll, is 20 percent. There are few jobs for college students who graduate with as much as $100,000 in student loans. Despite the overwhelming evidence that bad public policy is chasing away jobs, the same state politicians are sent back to Sacramento every two years.

In the last two months, three California cities have declared bankruptcy. Compton is next. More will follow. Some cities will simply cease to exist due to $500 million in unfunded pension obligations they simply cannot meet.

The unfunded pension obligations, now swamping California cities, were approved by these same politicians whose re-elections are financed by the unions they serve. Nine years ago, outraged Californians recalled Gov. Gray Davis from office for excessive spending and crony capitalism. Nothing has changed a decade later. Its residents believe the golden state will be golden forever. It may not be the case.

History has an unpleasant precedent known as Detroit. In the 1950s, Detroit was a major American city with a dynamic labor force built on the manufacturing miracle that won World War II. Its factories quickly converted tanks, planes and artillery shells into trucks, automobiles and refrigerators that baby boom families demanded. Everyone had a good paying job. Detroit Iron had no competition. Its burgeoning middle class was the model of the world with excellent public schools and universities. It was the 4th largest city in America with 2 million inhabitants, with the world’s most dominant industry — the automobile.

Detroit in 2012 is a shadow of that once great metropolis. Its population has shrunk to 714,000[3]. There are 200,000 abandoned buildings in the derelict city. The average price of a home has fallen to $5,700, unthinkable in California terms. Unemployment stands at 28.9 percent. It has a $300 million deficit. Its public education system, in receivership, is a disgrace, producing more inmates than graduates. The jobs have long ago abandoned Detroit for places like South Carolina and Alabama, far hungrier than Detroit’s leaders who believed the gravy train would never end.

In 2006, the teacher’s union forced the politicians to reject a $200 million offer from a Detroit philanthropist to build 15 new charter schools. The mayor has proposed razing 40 square miles of the 138 square miles of this once great American city, returning it to farmland. Even such a draconian plan may not be enough to save the city from itself.

If a hurricane hit Detroit, more of us would know of this tragedy in our midst, but this fate was man-made and not wrought by nature. Detroit has had one party rule for more than 50 years. Louis C. Miriani served from September 12, 1957 to January 2, 1962 as Detroit’s last Republican mayor. Since that time, the Democrats have ruled the Motor City.

John Dingell[4], Democrat congressman for the 15th District outside Detroit, has served since 1956. His father was the congressman there from 1930 to 1956. Despite the disastrous decline of their city, Detroit voters send him back to Congress every two years.

Similarly, California now has one-party rule. The Democrats of California did not need a single Republican vote to pass their budget. They now own the Golden State’s fate. The politicians’ plan to address the nation’s largest deficit is to raise taxes instead of cutting spending. If the Proposition 30 tax increase passes, the deficit would drop from $20 billion to a mere $12 billion.

Democrats have done nothing to cure the systemic problems of a bloated bureaucracy. Brown, referring to the state’s highway system, once said, “If we do not build it, they will not come.” Caltrans stopped building highways under Brown, but the people kept coming. Now 37 million Californians are locked in traffic jams each day.

Brown was rewarded for such prescience with re-election as Governor. California’s egotistical politicians passed AB 32, the Global Warming Solutions Act in 2006. Dan Sperling, an appointee to the California Air Resources Board, and a professor of engineering and environmental science at UC Davis, is the lead advocate on the board for a “low carbon fuel standard.” The powerful state agency charged with implementing AB 32 and other climate control measures claims the low carbon fuel standard will “only” raise gasoline prices $.30 gallon in 2013. But The California Political Review reported implementation of these the policies will raise prices by $1.00 per gallon.

Detroit was once the most prosperous manufacturing city in the world.  Will California follow Detroit down a tragic path to ruin? In 1950, no one fathomed the Detroit of 2010. In 1970, when foreign imports started to make a foothold, the unions and their bought and paid for politicians resisted any change.

In the 1990’s, as manufacturers fled to Alabama and South Carolina, the unions and their political lackeys held firm even as good jobs slipped away. No one in Detroit envisioned their future, even as schools declined, the jobs withered and the once proud city deteriorated in front of their own eyes.

California was once the Golden State. Today, it is no longer so golden. Its schools are in decline. Its business climate is equally dismal. Its cities are facing economic ruin, with exploding pension obligations and a declining tax base. Housing prices have fallen 30 to 60 percent across the state, evaporating trillions of dollars of equity. Unemployment remains stubbornly high and under-employment is rife. The Central Valley is in a depression, with 40 percent unemployment. Do our politicians need any more signs?

Brown’s budget will first slash money to schools and raise tuition on its students, while leaving all 519 state agencies intact. He apparently will protect political patronage at all costs. Jobs, and job creators, are fleeing the state. Intel, Apple, Google and others are expanding out of the state. The best and brightest minds are leaving for Texas and North Carolina. The signs are everywhere. State revenues are declining during many years. Meanwhile, the voters sleep and blindly send the same cast of misfits back to Sacramento each year — just as Detroit did before them.

The beaches are still beautiful. The mountains are still snow capped and the climate is still the envy of the world. Detroit never had that. But will California’s physical attributes be enough? If the people of California want to glimpse their future, they need look no farther than once proud City of Detroit. It can happen here.

Robert J Cristiano, Ph.D., is the Real Estate Professional in Residence at Chapman University in Orange, Calif.; a Senior Fellow at the Pacific Research Institute in San Francisco, Calif.; and president of the international investment firm, L88 Companies LLC in Washington, D.C., Newport Beach, Denver and Prague. He has been a successful real estate developer for more than 30 years.