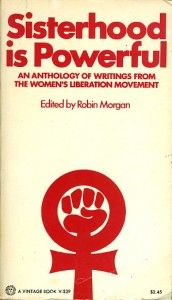 [1]No sooner had Capitol Weekly announced its list [2]of “the most powerful movers and shakers in California politics” than Sacramento insiders were griping about who’d been snubbed.

The list is considered the barometer of Capitol power, and as such, it’s become a self-fulfilling prophecy. Those named to the list are more likely to have their calls answered and see an uptick in business just by virtue of being included.

But this year’s most vocal critic wasn’t concerned about her own perceived influence. She was frustrated by the lack of women overall. Just 29 women were named to the 2013 list of Sacramento’s 100 most powerful.

So, in an insomnia-inspired Twitter tirade[3], lobbyist Jennifer Fearing assembled a rival tally of the #unlisted.

“The Capitol Weekly Top 100 list has chronically underrepresented the contributions of women in Sacramento,” Fearing explained. “But this year’s omission of several key female political and policy leaders struck me as a ‘doubling down’ by the list makers on what is a challenging environment in Sacramento with regard to gender equity.”

“This list was so disturbingly off-kilter, it gave me a ‘Back to the Future’ vibe that had me looking around the coffee-shop envisioning the women in poodle-skirts rather than pant-suits, waiting for Biff to bust through the door at any moment and take his ‘girl’ to the dance,” Swanson, who recently stepped down as the chief spokeswoman to the Speaker of the Assembly John Perez, wrote in a 2009 opinion piece published at Capitol Weekly.

The opinion piece was titled, “I thought ‘we’d come a long way baby,’ until I read CW’s Top 100 list.”[7] The following year, the insider publication more than doubled the number of women on the list, from 14 to 31.

In the list’s five year history, men have been added at a more than 2 to 1 rate, with 355 of the 500 slots claimed by men, according to a CalWatchdog.com review of the five Capitol Weekly Top 100 lists. Last year, the list featured 67 men and 33 women, down from an all-time high of 38 women in 2011.

Capitol Weekly, however, doesn’t consider its 71 percent male to 29 percent female overall average as a “perennial lack of women.”

“’Perennial lack of women’ is not a particularly accurate way to characterize the list,” said Capitol Weekly’s Tim Foster. “Nearly a third of the Top 100 list are women. To put that in context, the top 100 list has about 5% higher percentage of women than serve in the CA legislature.”

Foster added that “half of our top 10 are women.”

Others say that the list’s biases demonstrate the problems facing women writ large in Sacramento.

“The lack of women is a problem in the profession, not of the list,” Scott Lay, the influential publisher of AroundtheCapitol.com and #82 on the Capitol Weekly Top 100 list. “Were people left off, including people that I would rank higher than myself if I was doing the list? Sure. I don’t even know some of the people on the list. However, I doubt anyone could do a better job than the editorial team at Capitol Weekly.”

Fearing believes that Capitol Weekly’s omissions, along with the lack of women on political conference panels, undermines women’s professional opportunities in politics. “These omissions affect perception, and ultimately, women’s opportunities,” she said.

Women political professionals face a host of obstacles to career advancement. A recent CalWatchdog.com analysis of legislative payroll[8] data found that female employees are paid less than their male counterparts, are less likely to serve in leadership roles and remain stuck in secretarial[9] positions. The 10 highest-paid employees[10] of the state Assembly are all men, while women fill only a third of chief of staff positions[11].