Blame sequester theater, not sequester, for threat to CA beach 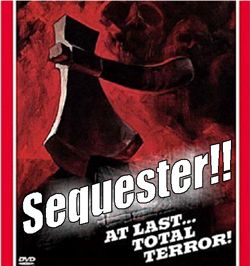 Sequestration theater — the Obama administration’s attempt to make a de facto freeze[1] on overall government spending as painful and inconvenient as possible — is absolutely real. It’s not an invention of the president’s GOP critics. Just look at the pathetic attempt to squeeze air travelers this spring by furloughing 15,000 air traffic controllers.

As I wrote at the time …

“The Transportation Department, parent to the FAA, has a $73 billion annual budget. Of course Transportation Secretary Ray LaHood could find another way to make his department’s share of budget cuts required by the March 1 sequestration of funds.

“Another word for this is ridiculous. The same Transportation Department has sent $3.5 billion to California for our bullet-train boondoggle.”

Soon after, Congress figured this out and ordered transportation officials to prioritize.

Now along comes a California example of the Obama administration’s attempt to make the sequester as bad as possible — and it finds an accomplice in Ventura County Star columnist Timm Herdt, who in a 700 words[2] doesn’t even raise the possibility that the White House may be to blame for failing to prioritize federal spending or demand smarter decision-making from Army engineers: 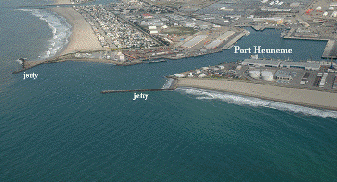 “If there is any place in America where one can take a photograph of the obtuse federal process known as sequestration, it is in a small coastal community in Southern California.

“In the city of Port Hueneme, a beach that is typically as wide as a football field has disappeared. The Pacific Ocean is encroaching. It has already wiped out an outdoor shower used by beachgoers and undermined a sidewalk. It is threatening to breach a city street called Surfside Drive. Beyond that are homes, condominiums and public facilities. …

“‘We’re not a beach-resort community,’ says Mayor Ellis Green. ‘We are a humble town.’

“The winter is approaching, which will bring with it storms and higher tides. The seawater is creeping toward what Green calls a ‘catastrophe’ that could cause tens or hundreds of millions of dollars in damages.

“If this happens, it will not be a natural disaster. It will be a super storm brought about by federal budget paralysis.”

Later on, Herdt more specifically blames “leadership in the House” for refusing to ride to the rescue of the Army Corps of Engineers and fund needed work.

Does he mention that the Army Corps of Engineers multibillion-dollar civil works’ budget is higher this year[3] than last year[4], which certainly suggests what we’re seeing in Port Hueneme is sequester theater?

Does Herdt mention that the sequester was the White House’s idea[5]?

Does Herdt mention the reports that lots of agencies that feared doom and gloom quietly prioritized spending and felt few effects from sequestration, as the Washington Post[6], Reason[7] and many other publications have repeatedly reported?

No. Hey, Timm, even the Canadians  have figured out sequestration[8] isn’t what it was billed. And note that an L.A. Times report insinuates this is all theater[9] as well.

But in California, if you’re an opinion columnist, your default position is usually to find a way to blame everything on evil conservatives.