SB 1 would brand ‘inefficiency’ as blight

Should government get into the business of judging people on the “efficiency” of their property?  SB 1[1] would grant government that capacity — along with the power to take that property if officials decide it’s being “inefficiently” used. SB 1 is by Senate President Pro Tem Darrell Steinberg, D-Sacramento. 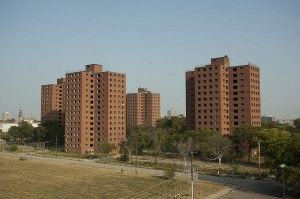 [2]Two years ago Gov. Jerry Brown and the Legislature abolished redevelopment in California to transfer from local governments $1.5 billion to the state budget. Redevelopment allowed local governments to declare anything, even nice homes and businesses, as “blight,” seize the property and give it to big-box retailers.

SB 1 would reintroduce property redevelopment. But this time, it only would apply to property that would comply with the “sustainable communities strategy” of SB 375, another Steinberg bill that became law in 2008 when signed by Gov. Arnold Schwarzenegger. SB 375, among other things, mandated Plan Bay Area and other regional transportation, housing and land use plans throughout the 18 regions of the state.

SB 1 is really the financing and zoning vehicle for creating the new high-density, Plan Bay Area[3]/sustainable communities lifestyle.  SB 1’s projects, paid with the new redevelopment money, would have to be high-density and restrict parking.

The SB 1 buildings also would have to be located within one-half mile of  public transit, be “walkable communities” or be green energy manufacturing sites.  Other styles of redevelopment are not included in this bill, as they are not the way we are supposed to live under the sustainable communities vision.

SB 1 would allow counties and cities to create Sustainable Community Investment Authorities, which would be new government agencies separate from the governments that created them. The SCIAs would be established without citizen concurrence and would be beyond direct citizen control. And the SCIAs would wield the authority of eminent domain, taxing and bond issuance for building such projects within a specified geography.   Such projects would have other specifications, including construction under prevailing (union) wages, and large funding for subsidized housing.

In order to acquire property for high density development, the bill expands the definition of blight to include a new concept of “inefficient use.” Under SB 1, suddenly inefficiency has become the big problem.  Or, the big excuse.  A host of societal ills are blamed on it, such as a poor economy, high housing prices, pollution and more.

What is inefficiency?  It is not defined in the bill, nor are its alleged ill effects substantiated in any way. But because inefficiency is suddenly deemed so problematic, it is given powerful status for determining blight.

Normally, slums and damaged property can be determined to be blighted, which enables them to be acquired under eminent domain and rebuilt.  Eminent domain is also used to acquire property for public use, such as for new roads.  There is an extensive body of case law that has clarified what is blighted, so property owners are safe from abusive governmental takings.  This would be superseded by the new inefficiency doctrine.

Since the workings of the free economy are deemed inadequate for creating efficiency, under SB 1 the government must use bureaucratic force to create it.  Conveniently, SCIAs could rely on this new legislative definition of inefficiency to acquire property under eminent domain, without a formal process of finding slum-like blight conditions.  So, depending upon how an SCIA grades what a person is doing with their property, the owner’s ability to keep it comes at the grace of the SCIA.  Since the lifestyle the government wants is high-density-urban, anything rural, neighborhood, single family, small commercial, small farm or suburban seems perpetually vulnerable to the inefficiency charge.

In Plan Bay Area, resident surveys told the regional planning bodies that they didn’t want regional planning by unelected bureaucrats.  Further, the Plan itself concluded that “stack and pack housing” (i.e., sustainable communities/transit oriented development) did not reduce greenhouse gas emissions, which was the whole point of the Plan. Yet, the Plan was approved. SB 1 would allow the Plan to be imposed despite citizen objections.

SB 1 recently was amended and will be heard Aug. 30 in the Assembly Appropriations Committee.