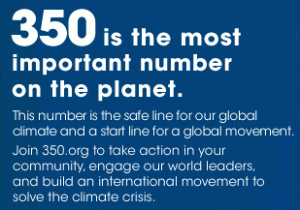 Raven Rutledge is a student at San Francisco State University[2]. She has not summered as a Wall Street intern. She is not enrolled in SFSU’s MBA program.

Yet, the environmental studies major played a lead role this summer in pressuring the San Francisco State Foundation[3] — which manages the university’s $50 million investment portfolio — to disinvest in fossil fuels.

“I would like to know my school is putting its money in companies that are looking out for the best welfare of people,” Rutledge told the Los Angeles Time[4]s.

To her mind, that excludes corporations that produce the gasoline the vast majority of us use to fuel our motor vehicles, the coal used to generate most of the nation’s electricity, and the natural gas used to cool our homes in summer and heat them in winter.

She thinks such companies are on a moral par with such previous targets of divestment campaigns as South Africa’s apartheid regime during the 1980s and the combatants responsible for the slaughter of hundreds of thousands of innocents in Darfur during the 2000s.

The student activist has been indoctrinated by an outfit that calls itself 350.org[5] – an allusion to the supposed safe level of carbon dioxide in the atmosphere, 350 parts per million. It demands that the 23-campus CSU[6] and 10-campus UC[7] systems rid themselves of their investments in the 200 companies with the world’s largest oil, natural gas and coal reserves.

Well, it was one thing for universities to sell off what little if any investments they had in South Africa or Sudan. It had next to no effect on the returns their portfolios earned.

But it is quite another thing for universities to allow their investment decisions to be influenced, unduly so, by student activists promoting some political cause or another. Indeed, by capitulating to young Miss Rutledge and her fellow global warming crusaders, the San Francisco State University board of directors very well may have violated its fiduciary responsibility.

Indeed, the foundation’s foremost responsibility is to maximize the return on its $50 million in investments, the proceeds of which are used, in part, to provide the scholarships and grants that help subsidize the expensive educations of Rutledge and her classmates.

CSU and UC schools that are considering following San Francisco State’s example have prima facie evidence of the deleterious consequences of politically-driven investment.

In 2002, the California State Teachers Retirement System[8] divested its tobacco stocks at the urging of anti-smoking activists. In 2008, CalSTRS released a report lamenting that, had it held onto its tobacco stocks, it would have gained $1 billion.

The UC system had a similar experience. After selling off its tobacco-related investments, it lost $500 million in potential gains between 2001 and 2012.

That’s why student activists like Rutledge decided they would not attempt to get the UC’s $45.5 billion retirement system to divest its fossil fuel investments. They were afraid the system’s pensioners would revolt.

So, instead, they have decided to target UC’s $7.1 billion general endowment fund, urging the UC board of regents to vote this fall to jettison its investments in oil, natural gas and coal.

Taking their talking points from 350.org, the UC and CSU student activists maintain that fossil fuel stocks can be easily replaced by investments in “green” energy, including solar power, wind farms and biofuels.

But that’s just a fiction, as evidenced by the performance of the NASDAQ Clean Edge Green Energy Index Fund[9], which includes such stocks as First Solar, Hexcel and Teslas Motors. Since its market peak, the index fund has lost nearly 50 percent of its value.

That just goes to show why UC and CSU fund managers should not be taking investment advice from college undergrads who major in environmental studies, who know next to nothing about buying and selling equities.