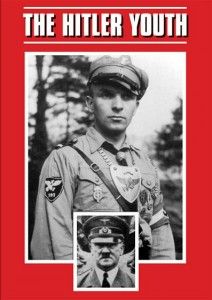 [1]Using a Nazi-era law that forced children to become “Hitler Youth,” German stormtroopers yesterday barged into the Wunderlich home in Darmstadt and grabbed the family’s four children, ages 7 to 14. Reported the Home School Legal Defense Association[2], whose heroic efforts have prevented such atrocities in America:

At 8:00 a.m. on Thursday, August 29, 2013, in what has been called a “brutal and vicious act,” a team of 20 social workers, police officers, and special agents stormed a homeschooling family’s residence near Darmstadt, Germany, forcibly removing all four of the family’s children (ages 7-14). The sole grounds for removal were that the parents, Dirk and Petra Wunderlich, continued to homeschool their children in defiance of a German ban on home education.

The children were taken to unknown locations. Officials ominously promised the parents that they would not be seeing their children “anytime soon.”

Too bad my late father isn’t around anymore. As a soldier in the U.S. Army in World War II, Capt. John C. Seiler helped liberate Germany from its previous bout with tyranny. If he were around to read this story, he’d be eager to suit up again with Ike, Patton and the boys to restore freedom.

More of the story:

“I looked through a window and saw many people, police, and special agents, all armed. They told me they wanted to come in to speak with me. I tried to ask questions, but within seconds, three police officers brought a battering ram and were about to break the door in, so I opened it,” he told HSLDA.

“The police shoved me into a chair and wouldn’t let me even make a phone call at first,” he said. “It was chaotic as they told me they had an order to take the children. At my slightest movement the agents would grab me, as if I were a terrorist. You would never expect anything like this to happen in our calm, peaceful village. It was like a scene out of a science fiction movie. Our neighbors and children have been traumatized by this invasion.”

First they came for the communists,
and I didn’t speak out because I wasn’t a communist.

Then they came for the socialists,
and I didn’t speak out because I wasn’t a socialist.

Then they came for me,
and there was no one left to speak for me.

Instead of attacking Syria, President Obama would be better advised to re-invade Germany. We still have troops there, so it would be a cakewalk. Then he should begin a new de-Nazificatio[4]n program. The first one obviously didn’t take.