As I wrote here last week[1], part of Port Hueneme’s oceanfront could face devastation in coming months because the U.S. Army Corps of Engineers says it doesn’t have the money to do remedial work on the coast that it has done for decades to prevent damage from high surf. Timm Herdt of the Ventura County Star, who appears unaware that the Army Corps’ budget is higher this year than last year, blames evil House Republicans and says this awful scenario is a result of the federal budget sequester.

Does Timm bother to consider the possibility that this is sequester theater — another attempt by the Obama administration to make tiny cuts in overall federal spending hurt to build pressure on Congress to raise taxes? Does he consider the angle that the Army Corps could have made cuts elsewhere? 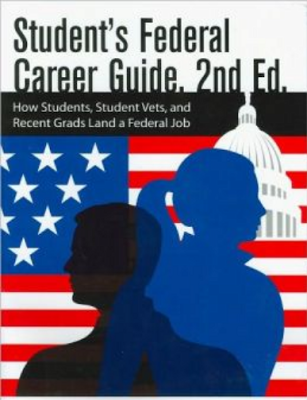 [2]Nah. He’s got his glib, easy thesis and he’s sticking to it. Meanwhile, the Hill newspaper[3] offers insight into why an agency that has a budget that has gone up may struggle to pay for things it used to handle:

“’Federal employees have continued to receive promotions and within-grade pay increases over the past few years of the supposed ‘pay freeze,’ and voluntary separations from the federal government are near all-time lows,’ Issa said.”

Issa, a Vista entrepreneur and the most successful businessman in Congress, frames the issue in exactly correct fashion: If present compensation is so generous that federal employees almost never seek greener pastures, then pay and benefits are obviously perfectly adequate. Not only shouldn’t they be increased, maybe they should be cut.

But in Washington, as in Sacramento, such logic prompts expressions of horror from unions. Why? Because government’s primary role isn’t to provide services to the public. It’s to provide really good jobs. They’re not mad at Issa. They’re mad at Obama.

“Instead of holding to its promise to protect the middle class and the working poor, the administration seems determined to contribute to a worsening of living standards for federal workers, disabled veterans, and the elderly,”  American Federal of Government Employees president J. David Cox Sr. told the Alabama Media Group.

The common-sense observations of Issa remind me of one of my many gripes with how reporters cover government: They don’t see obvious issues that are right in front of them. If upper management benefits from the same sort of automatic “step” pay increases as the rank-and-file, that’s a huge conflict of interest that leads to pay hikes. Duh. But do you ever see this mentioned in coverage of government pay negotiations? Never.

There’s also this avenue of ignorance: We continue to witness a productivity revolution in the private sector driven by information technology that began two decades ago and is still transforming industries, white collar and blue collar alike. Shouldn’t this bleed over into the public sector? Of course. The respected McKinsey consulting group has been making this point[4] for nearly a decade.

But do journalists ever bring this up? Nope. Duh.