A bill to strip the Boy Scouts of their tax exemption if the organization refused to lift its ban on homosexual scoutmasters is the first of its kind in the country. 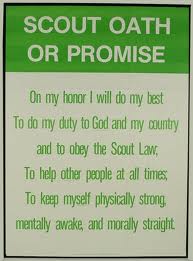 But the Boy Scouts aren’t the only group targeted. Any youth organization would be stripped of its tax-exempt status if the group does not open to all gender identities, races, sexual orientations, nationalities or religious affiliations.

Girl Scouts, Little League, YMCA, YWCA, Future Farmers of America, 4-H and Boys’ and Girls’ Clubs are all listed in Lara’s bill, in addition to the Boy Scouts.  Even Special Olympics, American Youth Soccer and Pop Warner football are named.

Critics contend that, if this bill becomes law, it will be only a matter of time before churches are faced with this same dilemma.

Many of these nonprofit organizations provide important services to their community. By stripping them of their tax-exemption, California would be harming the very people lawmakers claim to support.

Supporters of SB323 contend they are not dictating the views of a nonprofit organization, only seeking to align it with state policies.

The Scouts long have fired any troop leader who announced his homosexuality, a decision that was upheld by the U.S. Supreme[3] Court in 2000. The Scouts cited Jerrold Schwartz[4], a 42-year-old scoutmaster of a New York scout troop, who repeatedly sodomized a young teen in his troop over the course of a three-year period during the mid-nineties.

City Journal wrote[5] in 2002, “Ex-scoutmasters from Massachusetts and Iowa to Oklahoma and Utah have recently faced charges on such offenses. Cases of sexual abuse in the Scouts have been rising, going from 70 a year two decades ago to roughly 200 a year by the late 1990s.”

The ban still is on for troop leaders. But in May this year, the Boy Scouts of America’s National Council modified its policy [6]for the scouts themselves, and now allows them to be of any “sexual orientation or preference.”

Last year[7], the California Assembly refused to commemorate the 102nd anniversary of the Boy Scouts by rejecting a bill[8] by Assemblyman Mike Morell, R-Rancho Cucamonga.

Lara is a member of the Legislature’s LGBT Caucus. When SB323 was introduced in the Senate, he said, “They [Boy Scouts] are out of line with the values of California and should be ineligible for a tax benefit paid for by all Californians. SB323 brings our laws into line with our values.” 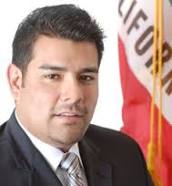 Lara’s own career has been in the insulated state political community. His bio lists previous jobs as “community activist,” “political aid” and “longtime Assembly staffer.” Prior to running for Assembly, Lara was  appointed by Los Angeles Mayor Antonio Villaraigosa to the powerful Los Angeles Planning Commission. Lara worked for Assemblyman Marco Firebaugh, Assembly Speaker Fabian Nunez and Sen. Kevin de Leon, before finally mounting his own run for Assembly.

The bill has passed the California Senate and four Assembly legislative committees, with votes along party lines. SB323 will be voted on in the Assembly this week.

If SB323 does become law, it inevitably will be challenged on First Amendment [10]grounds as violating the “right of the people peaceably to assemble.” And given that many of the groups affected are affiliated with religious organizations, the law also will be attacked for violating the First Amendment right to religious freedom.

Civil rights groups will maintain that Americans’ “values” should be determined, not by lifelong political operatives, but by the people themselves.