A dramatic illustration of teacher unions’ grip on Sacramento 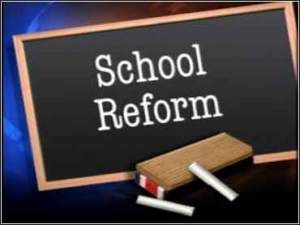 The Obama administration has had enough[1] of the California Teachers Association and the California Federation of Teachers and how they use their clout to undercut education reform.

“Hours before a key vote in the Legislature, Secretary of Education Arne Duncan has warned California not to administer a partial practice or field test on the Common Core standards to some students in lieu of giving the existing tests on state standards to all students next spring – or face consequences.

“’If California moves forward with a plan that fails to assess all its students, as required by federal law,’ Duncan said in a statement released Monday night, ‘the Department will be forced to take action, which could include withholding funds from the state.’

“Duncan was reacting to Assembly Bill 484, pushed by Superintendent of Public Instruction Tom Torlakson, which calls for immediately ending most state standardized tests, including those required by the No Child Left Behind law for federal accountability: English language and math tests for 3rd through 8th grades and grade 11. Students in districts capable of offering the computer-based field test for Common Core would take either the English language arts or math test, but not both, under the bill.”

That’s from John Fensterwald on EdSource.

Brown the villain every bit as much as Torlakson

The villain here isn’t just Torlakson, elected basically on the strength of teacher unions’ support and devoted to the CTA/CFT agenda. It’s Gov. Jerry Brown. It was two years ago that he undercut all education reform in California by pretending no one had any idea about how to improve schools. I wrote about the development for the L.A. Daily News[2].

“Brown doesn’t just seem skeptical of specific reforms but of the whole notion of education reform. Consider his florid veto message rejecting a bill that would have changed how schools are assessed. He called it ‘yet another siren song of school reform,’ a reference to Greek mythology that suggests not just disdain but contempt for reform advocates.

“The governor pairs this broad skepticism of reform efforts with a denunciation of federal officials such as U.S. Education Secretary Arne Duncan for not having ‘a trust or even a belief in local schools’ — as if school reform will ever percolate up from districts in which teachers unions are almost always the most powerful force and use their clout to maximize teacher compensation and jobs protection.

“So, to sum up, Brown knows schools need to improve. (Good.) But he is suspicious of reformers and appears to doubt sweeping reforms based on broad policy changes could even work. (Uh-oh.) And he thinks local school districts could innovate their way to success if given the chance. (Oh, no!)”

And now Duncan’s lack of “a trust or even a belief in local schools” is shown to be spot on. At least in California.