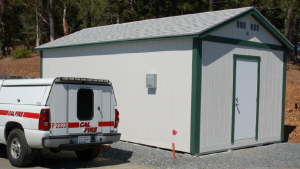 [1]A new state audit shows that in 2005 a secret, $3.66 million off-the-books account was established by the California Department of Forestry and Fire Protection. The Wildlife Fire Investigation Training and Equipment Fund, a private, nonprofit account, was filled through lawsuit settlement proceeds. The fund was run by the California District Attorneys Association until it was shut down on April 10, 2013.

Other highlights from the new audit of Cal Fire by the Office of State Audits and Evaluations of the Department of Finance[2]:

* Cal Fire “did not have specific statutory authority to establish the Fund and did not request or obtain Finance authorization to establish this account outside” the Centralized Treasury system.

* Established state procurement and inventory processes were not followed”; and neither the California District Attorneys Association nor Cal Fire claims “ownership of $1.7 million of equipment and software items purchased with the fund.”

Slush funds are becoming a trend in state government. The Cal Fire audit was published a little more than a year after the discovery of the $54 million State Parks hidden fund last year.[3] In that scandal, the State Parks Department claimed budget cutbacks justified increases in park entrance fees and monetary help from volunteer groups.

Cal Fire has the authority under the California Health and Safety Code to recover costs for fighting fires and providing rescue or emergency medical services — despite the fees and taxes, and the new fire tax California residents already pay. This money was supposed to be deposited in the state’s general fund.

“Cal Fire Director Ken Pimlott told The Bee he never knew the $3.66 million fund was cloaked from state leaders and the Department of Finance,” the Sacramento Bee [4]reported in January. “Cal Fire froze the account last year and scheduled it for dissolution in February at the request of the prosecutors’ group.” 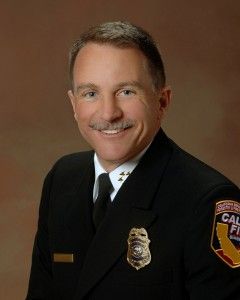 When news of fund first were reported, Pimlott [6]claimed media coverage was “incomplete and sensational, and over time, truth would prevail,” the Los Angeles Times[7] reported in January. He even went out on a limb and said those who attacked the fund would have their motives exposed.

When the Department of Finance auditor asked for the legal reasoning for establishing the off-the-books fund, Cal Fire officials referred the question to the office of Attorney General Kamala Harris. However, the Attorney General’s office legally represents Cal Fire.

The Department of Finance audit[10] also condemned Cal Fire’s failure to even track the settlement monies. According to the audit[10], managers of the Cal Fire program did not even know how many settlement cases were involved, nor did they know how much money the agency received from the settlements. Auditors concluded that there was a heightened “risk of money being either lost, stolen or both.”

“A California fire account hidden from state lawmakers paid for $22,000 in metal detectors, $30,000 in GPS units — and $33,000 for a conference at a Pismo Beach resort, according to a spreadsheet released Tuesday showing expenses dating back to 2011,” the Bee[11] reported.

The $3.6 million dollars in the Cal Fire fund was spent as follows:

* Nearly $374,000 to the District Attorneys Association in management fees;

* $1.7 million on equipment for which, as noted above, no inventory was kept.

Sen. Ted Gaines, R-Rocklin, called for an investigation last January into the state officials behind the slush fund account, but his request fell on deaf ears.