On the Assembly floor today during debate of a prison bill, Assemblyman Jeff Gorell, R-Camarillo, put the contentious and often ridiculous situation into perspective.

“Until our prison conditions rival those of our forward deployed military, I will not be sympathetic to prisoners,” Gorell said.

In 2009, a federal three-judge panel forced California to address the state's prison overcrowding and “inhabitable living conditions.” The California Legislature has chosen to appropriate $315 million from the General Fund to the Department of Corrections and Rehabilitation “to address capacity needs, prison population levels, recidivism rates, and factors effecting crime levels.” 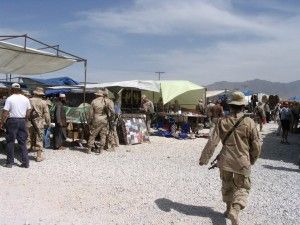 “I support this bill with a heavy heart,” Gorell said. “I do not want to spend this money on prisons. But the feds forced our hands.”

Gorell said when he served as a Deputy District Attorney in Ventura County, he traveled up and down the state looking at prisons. “While it wasn't how I would want to live, the conditions were befitting prisoners,” he said.

“I also saw men and women in uniform living in worse conditions,” Gorell added, “dozens to a tent, 130 degrees, for long periods of time.”

Gorell is a Lt. Commander in the United States Navy Reserve, and recently completed two one-year tours to the Middle East and Afghanistan. He told me there are still tens of thousands of “forward deployed” military, stationed in locations around the world where they can be called to action in a millisecond.

Gorell reminded Assembly colleagues the only reason they were debating the prison issue is because the federal government intervened on behalf of prisoners, and issued a court order requiring California to reduce what they deemed “prison overcrowding.”

“This is not a long term solution,” Gorell lamented.

Why does California care?

When the federal government intervened on behalf of prisoners, and issued a 2009 court order requiring California to reduce what they deemed “prison overcrowding,” it sent politicians into a frenzy and subsequent spending spree. But the Dec. 31, 2013 federally-imposed deadline looms large, now leaving limited options.

how to get a girlfriend[3]

Gov. Jerry Brown and Sen. President pro Tem Darrell Steinberg, D-Sacramento, actually compromised on their dueling prison bills this week. They amended Steinberg's SB 105 [4]to reflect the changes, and moved it to the Assembly for a vote, where it passed 75-0.