The results of the Colorado recall on Tuesday, which successfully ousted two sitting Democratic State Senators, surprised only the mainstream media and Democrats. It was a true grassroots led backlash by people fed up with government ignoring their rights.

The two Colorado Democratic lawmakers, Senate President John Morse, and Sen. Angela Giron, who backed tighter gun laws in the aftermath of mass shootings, were forced out of office in a recall election promoted by grassroots activists — regular folks. 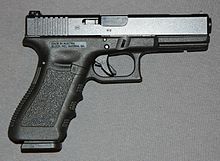 The recall was started by two Colorado brothers, Victor and Adam Head, who own a plumbing business. Victor Head had to borrow money from their grandmother to begin, after being told by the state GOP a recall “was not in their strategic plan.” The early signature gathering was done entirely by volunteers.

The recall was entirely activists and patriots, and had nothing to do with the GOP. In fact, the state Republicans distanced themselves from the recall early on.

Many are saying this recall sends a signal not just a statewide, but also nationally.

Democrats and the media thought both gun control advocates would survive a recall. They  celebrated these two Senators as heroes for the gun control cause.

People supporting the recall made thousands of phone calls, knocked on thousands of doors in Colorado Springs and Pueblo. Sick of the overreach of the government, the movement of regular folks grew quickly.

Rush Limbaugh had an interesting comment on the recall:

“I want to close the loop here in what happened in Colorado.  'Cause, folks, you're all looking for signs. Everybody's looking for signs. This is it. This in Colorado, this is grassroots. This is a majority. This is people unwilling to sit by — and if they don't have any political leadership to get behind, they will take matters into their own hands and do it. Our previous caller who said the grassroots made all this, she was exactly right.”

New York Mayor Michael Bloomberg’s Mayors Against Illegal Guns was supposed to be the great equalizer in the recall against the National Rifle Association.

Bloomberg donated several hundreds of thousands of dollars to the effort to save Morse and Giron. But this time, his money and influence did not matter.  “It shows that a lot of people think the Constitution still matters,” Limbaugh said on the air Wednesday.

The National Rifle Association contributed heavily. Other interest groups invested heavily as well, including organized labor, Planned Parenthood, and the conservative Koch brothers, according[3] to the Los Angeles Times.

“The recalls were seen as the latest chapter in the national debate over gun rights – and, for some, a warning to lawmakers in swing states who might contemplate gun restrictions in the future,” the Blaze reported[4]. “It proves beyond a reasonable doubt that a small group of people, or even just one person, can truly make a difference if they take a stand.”

California lawmakers, who just passed several anti-gun bills this week, should take notice. While some who voted on the bills currently hold safe seats, the two Colorado lawmakers also thought they were in safe seats.

“Democratic National Committee Chairwoman Debbie Wasserman Schultz waved off the defeats with the usual explanations,” Politico reported[5]. “She said the Colorado recalls were the result of 'voter suppression, pure and simple,' and pinned the blame on the NRA and the Koch brothers.”