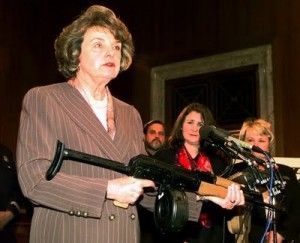 [1]A year ago California voters gave Sen. Dianne Feinstein another landslide victory even though she refused to debate her opponent, Elizabeth Emken, who for once was a decent GOP candidate[2]. DiFi must believe she’s in the House of Lords[3].

Now Baroness DiFi wants to define as a “journalist”[4] only those in MainStream Media. New media would be considered peons with no First Amendment protections. Matt Drudge, the most famous and influential of the New Media Journalists, tweeted that she was a “Fascist[5].”

What’s so great about the MainStream Media anyway? In 2003, Judith Miller of the august New York Times, the most prestigious newspaper ever, stovepiped [6]lies about Saddam Hussein’s “weapons of mass destruction” from the Republican Bush administration into the pages of her newspaper.

Then there was the infamous Pulitzer Prize that went to the MSM’s second most influential paper, the Washington Post, for a manufactured story by Janet Cooke, “Jimmy’s World,” about a supposed 8-year-old heroin addict.

Baroness DiFi’s position is especially embarrassing for Silicon Valley, whose billionaire investors mostly backed her. They’ve built the infrastructure of alternative media that, finally, take us outside the government-MainStream Media axis, and their own senator stabs them in the back! Baroness DiFi still wants to live in the Dark Ages of 1993, the year before the Web Awakening of 1994.

But it is understandable why Baroness DiFi takes that view. As Breitbart reported[7], 15 journalists (using the Baroness DiFi definition) have joined the Obama administration.

And just last week Katy Grimes reported here on CalWatchDog.com[8] on how more than a dozen state journalists now work for the California state government’s multitudinous departments and bureaus. Just a snippet from that article:

“Vogel now works for the Department of Water Resources[9] as the Director of Public Affairs.”

If Baroness DiFi had her way, the government-MSM axis would be all you heard from. The truth never would get out.

But thanks tot he New Media, the truth shall set you free.