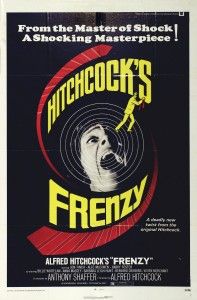 Among the most notable legislation: Gov. Jerry Brown’s prison plan; several gun control measures; changes to tax-exempt status for Boy Scouts of America; tweaks to the statute of limitations for sexual abuse; a minimum wage increase; and changes to immigration policy, including the perpetually present question of whether or not to grant driver's licenses to illegal immigrants.

“The sausage factory is in full stuffing mode today, racing through bills at breakneck speed. Roughly 60 seconds per bill most of time.”

The “sausage factory” is actually a function of California’s state constitution.

The constitution requires that bills passed in the legislature and signed by the governor become active by January 1, and there is a customary 90-day waiting period for non-emergency legislation.

Working backward from those constrictions, the legislative calendar is always planned to end in September. Since the legislature must also wait 31 days before voting on newly introduced legislation, the final few weeks — and especially the final week — is typically a frenzy of last-minute voting much like the past few days.

In an interview with CalWatchdog.com, Phillip Ung, policy advocate for California Common Cause, said that California’s 31-day waiting period — which was originally enacted to allow ample time for bills to be reviewed by the public — is virtually meaningless.

“There is no argument that says a month is the exact amount of time to produce good policy. Unfortunately, our entire system is based on that,” he said.

Instead, the process leaves legislators swamped and susceptible to gimmicks such as “gut-and-amend,” a process in which dead bills are completely replaced with new language and passed at the last minute.

In a perversion of democratic principles, legislators sometimes find themselves voting for bills they haven’t read—without realizing they are voting for something entirely different.

Gut-and-amend notwithstanding, the rush often leaves legislators without time to properly debate and thoughtfully vote on new amendments to legitimate bills. Legislation like the Trust Act[4], which limits local law enforcement's powers to hold illegal immigrants, instead of being passed after a lengthy debate, can take years to perfect.

For members of the business community, this hectic schedule creates a climate of uncertainty that adversely affects their business decisions. Not knowing if they’ll receive another year of reprieve from a minimum wage hike, for example, complicates planning for the future.

An alternative, Ung suggested, is for California’s legislature to work more like the U.S. Congress, which takes up legislation on a rolling basis and votes whenever the relevant committee feels the bill is ready.

(Ung acknowledged that the Congress isn’t an ideal deliberative body, but he said it would be an improvement from California’s current system.)

Moving to another legislative calendar, however, would require a constitutional amendment.

Although changes to the state constitution are common in California, because of the state’s proposition system, it’s unlikely that the Legislature will ever stop its rapid-fire voting.

Privately, legislators and legislative aides lament the rush to passage. But it is difficult to build broad support for changes because policymakers are often unwilling to admit that they are logistically incapable of reading legislation before voting.

Also, Ung said that building excitement or momentum around changing legislative schedules is “like trying to get someone excited about scrambled eggs. It’s just so plain, I don’t know if that’s something people get excited about.”