The notion that one heard fairly often about Sacramento for much of 2013 — Abel Maldonado’s election reforms actually had led to a more moderate batch of lawmakers coming to town — was annihilated in the final week of the session. A 25 percent increase in the minimum wage at a time of high unemployment is classic, knee-jerk, dumb liberalism, and that was only one example of many.

The starkest evidence that the union-first status quo remained entrenched in the Legislature came with the ramming through of the wish list of the most powerful forces in the state. I have an editorial in Sunday’s U-T San Diego[1] laying out the sick picture and pointing to the CTA’s and the CFT’s key collaborator: 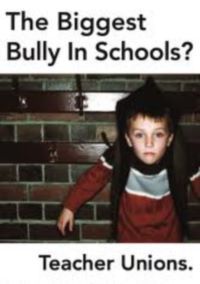 “The top priority for California’s public schools in California should be helping students. Instead, priority No. 1 is protecting teachers from accountability … .

“This was on display with an alleged teacher discipline measure prompted by the horrifying case of Mark Berndt, a veteran Los Angeles Unified elementary-school teacher who delighted in feeding semen to his students. The school district paid Berndt $40,000 to resign in 2011 after determining that job protections demanded and won by United Teachers Los Angeles were so imposing that he couldn’t simply be fired.

“In 2012, an Assembly committee blocked a bill that would have streamlined the discipline process and allowed for decisive action in cases like Berndt’s. This triggered considerable political fallout that led to one Assembly member’s defeat. And so in 2013, the California Teachers Association and the California Federation of Teachers ordered their puppets to adopt AB 375 — a fake reform that in some cases actually gives teachers even more job protections. The measure is on Gov. Jerry Brown’s desk, where it should die.

“But don’t count on that. The allegedly independent, tough-minded Brown is the closest ally the CTA and CFT have ever had in the governor’s office.”

… and incompetent teachers, too

“Which brings us to AB 484, which should get at least as much attention as AB 375. This bill, also on Brown’s desk, would broadly suspend much federally mandated testing of students for at least a year and also block the release of test scores in some other circumstances. This has prompted sharp criticism from U.S. Education Secretary Arne Duncan, including a threat to withhold federal education funds, because test scores are essential to evaluating student progress.

“The nominal reason for this extraordinary legislation? State Superintendent of Public Instruction Tom Torlakson says it would help schools to focus on a new testing regimen with different learning goals, called the Common Core standards.

“The real reason, however, is much more basic. On June 12, 2012, Los Angeles Superior Court Judge James Chalfant held that Los Angeles Unified — and, by implication, every California school district — could no longer ignore a 1971 state law that required that student performance be part of teacher evaluations.

“How do you keep the Chalfant ruling from inconveniencing teachers? You block student testing. If you can’t measure student performance, you can’t ding teachers.”

The CA cold war over education

But the unions aren’t the only parties to blame. There’s also our alleged genius leader, Msgr. Edmund G. Brown Jr.

“And what is the governor’s idea of school ‘reform”’? Returning more authority to the local level. Our allegedly worldly, brilliant governor somehow is ignorant of the fact that local control used to be the status quo — and it was an enormous failure. ‘If an unfriendly foreign power had attempted to impose on America the mediocre educational performance that exists today, we might well have viewed it as an act of war,’ declared the 1983 ‘Nation at Risk’ federal report that triggered the education reform movement. 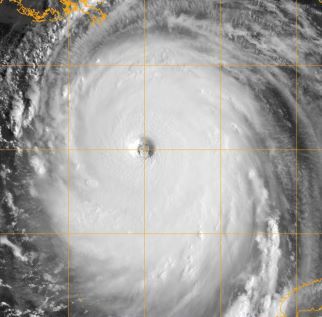 “Thirty years later, at least in California, a cold war over education persists. But as AB 375 and AB 484 show, it’s not much of a war. The teachers unions are winning in a rout — and their arrogance has hit such extremes that they’re even willing to use their clout to protect classroom sexual predators.

“And congratulations, governor. Brownie, you’re doing a heck of a job.”

At least Katrina came and went. The CTA and CFT are like a perma-storm hanging over the Golden State’s classrooms. That their enabler is a guy who’s routinely billed as the sharpest guy in the room? What an indictment of CA’s media.