A controversial bill to ban traditional lead ammunition in California by Assemblyman Anthony Rendon, D-Lakewood, passed both houses of the Legislature last week. But according to representatives of labor and trade unions, animal rights activists pressured Rendon and lawmakers to ignore science while turning a deaf ear to voters. 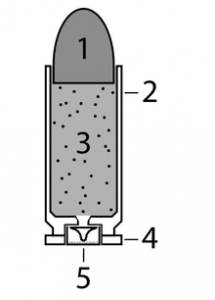 Assembly Bill 711 [2]passed largely because of concern over the poisoning of the California condor. But the bill was amended at the 11th hour in a secret deal to postpone the effective date until 2019. If the need for the bill is really over concerns about poisoned Condors, what about the thousands of great birds which will have died by the time the bill finally goes into effect six years from now?

But not all of the state's Democrats voted for  AB711; representatives of rural areas in the state voted against the bill, or abstained.

Motive: A total ban on hunting

The bill isn't really about concerns over condors or lead poisoning, according to two opponents. They are Mark Gagliardi, a trustee of the Contra Costa Central Labor Council; [3]and Lawrence Keane, Senior Vice President and General Counsel of the National Shooting Sports Foundation[4], the trade association for the shooting, hunting and firearms industry.

Gagliardi, a labor union leader, is very frustrated with Democratic Assembly and Senate members he helped get elected, but who voted for passage of AB711. “This bill will hurt the shooting industry, retailers and hunting,” Gagliardi told me in an interview. “They are making hunting unaffordable, and killing California jobs.”

Gagliardi said he goes to the Capitol two to three times each year to meet with lawmaker on labor issues. One day early in 2013, he was at the Capitol and noticed AB711 and a couple of other anti-gun bills were being heard that day in the Senate Public Safety Committee[5]. So he went to the hearing and sat in the front row. Gagliardi said Democrats on the committee he helped get elected acted uncomfortable seeing him sitting there. Several asked him what he was doing at the Public Safety Committee hearing, and suggested he was out of his element.

While Gagliardi is a labor leader, that reaction promoted him to put together a large coalition of labor leaders to fight AB711. “Unions represent business in America, including the manufacturers of lead ammunition,” Gagliardi said. “We elect these people to go to Sacramento to create jobs, not to make them go away.”

“I am very much opposed to the Humane Society attempt to ban hunting in California, and the position of the head of the Department of Fish and Wildlife,” Keane told me.  According to Keane, Chuck Bonham, the department's director, completely caved under the pressure of the Humane Society lobbying and agreed to support the lead ammo ban. 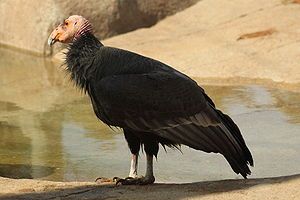 “You can’t tell me with a straight face the Humane Society is okay with hunting as long as there is no lead in the ammunition,” Keane said.

Keane said the science proves there is not one species impacted by lead ammunition, and the existing lead ban has not had an impact on California condors. “They are still getting lead, but it’s from paint on water towers, and micro-trash,” Keane said. “This bill is solely about preventing hunting in California. The Humane Society doesn’t care about animals dying. There is no justification for delayed implementation of the bill. This is just an effort to restrict the use of ammo in states.”
best online casino sites[7]
And according to Keane, the Humane Society needs California to pass the bill in order to pressure other states to do the same.

Keane said to be wary. If the Humane Society succeeds with AB711, the next ammunition under attack will be on shooting ranges.

Union members are sportsmen and hunters

Gagliardi also leads “Shoot for a Cure,[8]” a national nonprofit that raises money for leukemia and lymphoma research through sport-shooting events. And he is a sport shooter and hunter. Gagliardi told me more than 65 percent of union members are active sportsmen, fishermen and hunters, and participate in many outdoor activities. The fees from hunting licenses and excise taxes on firearms pay for the conservation programs in the country and California, Gagliardi said.

“Hunters buy the licenses, and they clean up after themselves,” he said. “Not the Sierra Club or Humane Society. We can fix this the right way. We just need to get labor and industry together. The Humane Society has no stake in California other than to suck money from the state.”

Is lead really the culprit?

The ammo breakdown is interesting: 95 percent of the traditional ammunition is made with lead projectiles, 4 percent is steel for waterfowl hunting, and only 1 percent is alternative metals (copper, brass and tungsten), according to Keane. “There is no consumer demand for alternative ammo.”

While all of the gun sales taxes and licensing funds go directly into conservation efforts, Keane noted the national Humane Society actually donates only 1 percent[10] of its proceeds to animal shelters.

“Why does the Legislature have to micromanage the department head of the Fish and Wildlife Department?” Keane rhetorically asked. “Because the department took a look at the politics and decided, ahead, the bill would pass.”

Michael Sutton, President of the California Commission for the Department of Fish and Wildlife[11], also is the Executive Director of Audubon California, the sponsor of AB711.

“We've known about lead's toxic nature for decades,” Audubon California[12] said in a fundraising email. “We've been fighting to get the lead out for years. And we're still experiencing its insidious effects on wildlife and people. Let's finish this job once and for all!

“We have rightly spent millions of dollars to bring these spectacular flyers back. It’s time to snuff out the lingering threat of lead poisoning while there is still time.”

However, according to Keane, extensive research[13] has shown that traditional lead ammunition does not pose a health hazard for condors. A recent study [14]found that, despite 99 percent hunter compliance, a ban on using lead ammunition in certain areas of the state under AB821 of 2008 failed to reduce lead poisoning in condors.

Keane added, “Wildlife management by politics, rather than science, is never a good thing.”