On guns, D.C. works for once 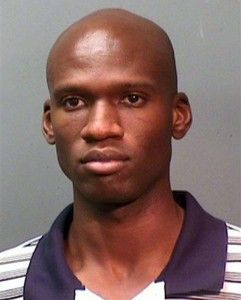 [1]Earlier this week, CalWatchdog.com’s Katy Grimes reported on the 14 gun-control bills[2] that passed in the California Legislature amidst the annual legislative frenzy[3].

The Democratic supermajority approved a wide range of anti-gun legislation. There were several bans on items such as magazine repair kits, detachable magazines and lead ammunition. Other new laws aim to make gun ownership more onerous. And some legislation was oddly specific, such as Sen. Mark Leno’s bill that would require county approval for gun shows to be held at the Cow Palace in Daly City.

Given that Gov. Jerry Brown is a relative moderate within the Democratic Party on gun rights, it’s unclear which bills will be vetoed[4]. But political observers expect at least some of the new language coming out of Sacramento to be signed into law. It’s a bad time for gun enthusiasts in California.

In Washington, D.C., though, the climate on gun control couldn’t be any more different.

The week began with the tragic shooting at the Navy Yard, less than a mile from Capitol Hill. A government contractor, suffering from a litany of psychiatric disorders and armed with a shotgun, indiscriminately murdered 12 people before being gunned down by law enforcement. The shooting shocked Washington and renewed calls for something to be done to prevent more mass shootings.

And although several news outlets, including the Associated Press, incorrectly reported[5] that the shooter was armed with an AR-15, when he really used a shotgun and handguns, no serious legislator called for a national assault weapons ban. There wasn’t a movement to ban shotguns, and no major press conferences were held demanding magazine size restrictions. No one suggested a national ban on lead ammunition.

Rather, congressmen—understanding the need for a bipartisan solution—have since focused on addressing the underlying cause of mass shootings: mental health.

Rather, mental health was the real underlying issue.

“The mental health component seems to me the place where the Congress could do the most good,” he said. “This is a dicey area. If you seek counseling, should you not ever be able to buy a gun? We have due process for people who come upon bad times.”

Across the aisle, in another chamber, Rep. Ron Barber, D-Ariz., has introduced legislation to confront those issues.

And now Sen. Kelly Ayotte, R-N.H., and Mark Begich, D-Ark., are bringing to the Senate their own version of Barber’s bill. It will likely pass both chambers, and President Barack Obama is expected to sign the bill into law.