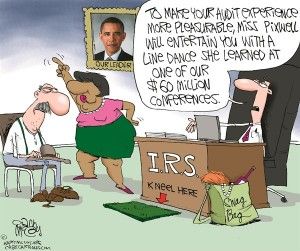 [1]Governments everywhere, especially in California, say they need more money. Budgets have been cut. But here’s the truth[2]:

Revenues from state and local individual income taxes, general sales and gross receipt taxes, motor fuel taxes, motor vehicle taxes and taxes on alcoholic beverages each hit all-time highs in the second quarter of this year, according to data released today[3] by the Census Bureau.

That means that in no quarter of any year since the Census Bureau first started tracking state and local tax revenues in 1962[4] have Americans paid more in each of these categories of state and local taxes then they did in the quarter that ran from April through June of 2013.

And that’s in addition to the massive federal taxes.

So governments have recovered from the Great Recession. But their subjects — excuse me, “citizens”?

As I’ve reported before, median income is down 7.2 percent[5] since the Great Recession struck.

The government is thriving. The people are writhing.