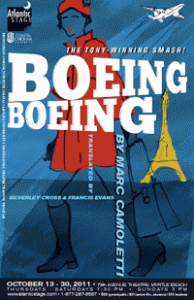 [1]Boeing, citing shrinking military budgets, announced last week plans to shutter a massive Southern California jet assembly plant and lay off nearly 3,000 workers. Boeing had owned the Long Beach plant since 1997, and it has been a major employer in the Long Beach area for decades.

The company will begin laying off workers in 2014. The plant, which employs around 2,000 workers, will be shut by 2015. Boeing delivered its final C-17, a four-engine cargo jet designed to carry massive loads throughout the world, to the U.S. Air Force just one week before the announcement.

The closure of the plant, the last remaining major airplane assembly unit in Southern California, marks the end of an era for the region, which was once the center of the booming aerospace economy.

An August 2012 report[2] from the Los Angeles County Economic Development Corporation laid out just how important the aerospace economy was to Southern California:

“At the height of the Cold War, 15 of the 25 largest aerospace companies in the United States were based in Southern California. Today, all but a handful of the largest of those original firms have closed their doors, have moved elsewhere, or have been absorbed through a wave of mergers and consolidations that swept through the industry in the 1990s. The industry is considerably more concentrated today than in past decades, especially for companies whose primary customer is the U.S. Government.

“In 1987, California accounted for one in four aerospace jobs nationally, and in Los Angeles County, the share was one in ten. Following the collapse of the Soviet Union and the end of the Cold War, the Department of Defense (DOD) sharply curtailed procurement spending. In 1995, DOD spending fell below $50 billion for the first time since 1982. Nowhere in the country were the changes in Pentagon outlays more apparent than in Southern California.

“With the end of the Cold War came defense budget cuts and military base closures. Aerospace companies in the region met the challenge by merging with one another and consolidating operations. Many smaller contractors were forced to close their doors or look for business outside the industry. Already in a recession, Southern California’s economy went into a tailspin. The severe contraction of the aerospace industry added a structural component to the downturn. As the business cycle turned up again elsewhere in the country, the permanent loss of thousands of aerospace jobs in the region led to a longer and deeper recession in Southern California.”

Although the plant’s closure had long been expected, several workers were shocked, according to the Los Angeles Times[3].

Vince Breen, a structural mechanic, told the Times, “It’s like a mortuary in there. We were stunned.”

According to the Times, the plant was once bustling enough that workers placed flags on their cars so that they could find them in the massive parking lot.

Boeing has announced that it does not plan to move production for any other planes to the shuttered 1.1 million-square-foot facility. What will happen to the closing plant remains unclear.