Assembly Bill 10[1] to raise the minimum wage in California, is sitting on Gov. Jerry Brown’s desk. Brown has indicated he is in a signing mood, and will likely sign the bill. 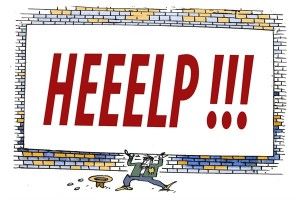 However, should AB 10 [3]by Assemblyman Luis Alejo, D-Salina,  be signed into law, it could result in more than 68,000 jobs being lost in California over a ten-year period, and a reduction in real output of $5.7 billion, according to a recent study[4] by the National Federation of Independent Business/California.

This is the way to create a permanent poverty class.

Despite numerous studies every year showing the damage to low-income communities with minimum wage increases, AB 10 was passed both houses of the California Legislature on a party line vote: The Senate voted 26-11 to pass AB 10, and the Assembly 52-25.

As implementation of Obamacare is forcing businesses to slash the working hours[5] of many employees below 30 hours a week, part-time workers will be hurt even more in California as Democrats push into law Assembly Bill 10[6]. It increases the state minimum wage from $8 an hour to:

The bill’s sponsor, the California Labor Federation[7], says this bill will strengthen and depoliticize California’s minimum wage. According to CLF, “Not only are those at the bottom of the wage scale mired in poverty, over recent decades the real value of their earnings has collapsed,” leaving workers worse off today.

But California’s unemployment rate just jumped to 8.9 percent, nearly double the 4.6 percent unemployment in 2006, before the Great Recession hit.

A minimum wage perhaps more affordable in Los Angeles, San Diego, or San Francisco, will mean mass firings in depression-stricken Imperial County, where unemployment has jumped to 26.1 percent[9], from 22.7 percent in May[10].

“The fact is, the programs labeled as being ‘for the poor,’ or ‘for the needy,’ almost always have effects exactly the opposite of those which their well-intentioned sponsors intend them to have,” American Economist Milton Friedman said[11]. “There is absolutely no positive objective achieved by the minimum wage law. Its real purpose is to reduce competition for the trade unions and make it easier for them to maintain the higher wages of their privileged members.”

“There is no ‘free lunch’ when the government mandates a minimum wage,” Mark Wilson with the CATO Institute wrote [12]last year. Wilson is a former deputy assistant secretary of the U.S. Department of Labor, and currently heads Applied Economic Strategies, LLC. “If the government requires that certain workers be paid higher wages, then businesses make adjustments to pay for the added costs, such as reducing hiring, cutting employee work hours, reducing benefits, and charging higher prices.”

“Some policymakers may believe that companies simply absorb the costs of minimum wage increases through reduced profits, but that’s rarely the case,” Wilson said. “Instead, businesses rationally respond to such mandates by cutting employment and making other decisions to maintain their net earnings. These behavioral responses usually offset the positive labor market results that policymakers are hoping for.”

Wilson said since 1995, eight studies have examined the income and poverty effects of minimum wage increases, and all but one have found that past minimum wage hikes had no effect on poverty. While some low-skilled workers living in poor families who remain employed do see their incomes rise with a minimum wage increase. However, other low-skilled workers lose their jobs or have their work hours substantially reduced, which causes income losses and increased poverty.

“On net, some studies find that the families of low-skilled workers and less-educated single mothers are no better off and may be made worse off by minimum wage hikes. The upshot is that there is no free lunch to this sort of top-down mandated attempt at reducing poverty.”

The bottom line is someone — the worker, consumer or business owner — is going to pay for this unnatural and forced cost increase.