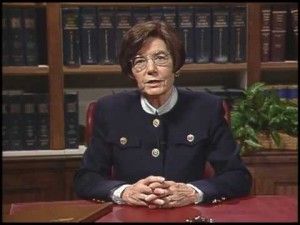 This month federal judge Rya W. Zobel in Boston, Massachusetts, denied a class action lawsuit brought against Bank of America[2] for failing to provide loan modifications to distressed homeowners.  The lawsuit was brought on behalf of 36 homeowners across the U.S., including California.

This ruling was a rebuke to the Occupy Wall Street Movement. Occupiers had forced branch banks all over California and the U.S. to close temporarily in protest of alleged home loan fraud and discriminatory processing of loan modifications.  Especially singled out by Occupy was Bank of America.  B of A was forced by federal regulators in 2008 to take over Countrywide Financial Corp., once the nation’s largest mortgage lender.

In March 2012, the B of A branch at the University of California at Davis was forced to close permanently[3] due to Occupiers having “constructively evicted” and “effectively imprisoned” bank employees.

A main complaint by Occupiers has been that judges who have denied class action lawsuits are ideologically pro-business.

What Judge Zobel ruled in the class action suit against B of A was that the claims of those denied mortgage loan modifications were “plausibly meritorious.”  However, she stated that these claims rested “on so many individual factual questions that they cannot sensibly be adjudicated on a classwide basis.”

But was Judge Zobel in any way biased in her decision?  Occupiers often claim that, if such a case got a different judge, the decision would have been more favorable to them.  Judge Zobel’s background sheds some light on that issue.

Judge Zobel was born in Nazi-era Germany in 1931.  She graduated from Harvard Law School in 1956.

Zobel was a law clerk for George C. Sweeney[4], who was Chief Judge of the U.S. District Court in Massachusetts.  Judge Sweeney was nominated to that position in 1935 by Democratic President Franklin D. Roosevelt.

Zobel conducted a private law practice in Boston from 1967 to 1979.

In 1979, she was nominated to the federal judiciary by Democratic President Jimmy Carter and was confirmed by the U.S. Senate under a Democratic majority in both houses of Congress[5].

From 1995 to 1999, Zobel was director of the federal Judicial Center[6], an education and research center of the U.S. federal court system.

A legal scholar, she has published several video presentations for the Boston Lawyer’s Chapter on the contributions of William Shakespeare[7] to the art of judging, racial politics and law and war.

In 1999, Zobel contributed a chapter on the role of South Africa’s judicial system under apartheid in the book “Democracy, the Rule of Law and Islam,”[8] published by the University of London.

It is impracticable to review all of Judge Zobel’s judicial decisions over her long and notable career.  However, a sample of a few cases indicates non-partisanship when it comes to business issues.

In February 2013, Judge Zobel largely sustained an investor lawsuit brought against J.P. Morgan for its Residential Mortgage Backed Securities (RMBS).[9] She ruled that there were sufficient allegations that J.P. Morgan had committed material misstatements to loan underwriters that affected real estate appraisals, loan-to-value ratios on loans, and credit ratings of borrowers.

In 2011, Judge Zobel ruled against the City of New Bedford, Massachusetts, in its suit against the National Oceanic and Atmospheric Administration (NOAA), the National Marine Fisheries Service and the intervenor, the Conservation Law Foundation[10]. At issue was a regional fishery management plan to prevent overfishing that resulted in unsustainable fish populations.  The City of New Bedford had challenged the fish management plan as deleterious to its local fishing industry.  The plaintiffs alleged there was a taking of fish that required just compensation under the Fifth Amendment to the U.S. Constitution.  Judge Zobel found the taking allegation groundless.  She denied New Bedford’s motion for a favorable summary judgment and allowed the Conservation Law Foundation’s motion instead.

Conversely, in 2012 Judge Zobel ruled for the Sony Corporation in its case against Joel Tenenbaum.[11]  Sony alleged that he illegally downloaded 30 digital music files. Zobel overturned a lower court ruling that had reduced damages to $67,500.  She let the original $675,000 damage award stand in full.

The above sampling of Judge Zobel’s judicial decisions indicates she is an independent jurist with no pro- or anti-business bias.  A compilation of other recent court decisions by Judge Zobel can be found here[12].

There may be merit in the individual cases of those who allege they were the victims of bank wrongdoing related to subprime mortgages on their properties.   Zobel cautioned, however, that disgruntled former B of A bank employees and homeowners who lost their proverbial shirts may not be credible witnesses in any court proceeding and may not have qualified for mortgage reductions.

Occupiers may want the legal criteria of what defines a class action changed to allow lawsuits of aggrieved parties whose cases have nothing in common.  But it would be difficult for Occupiers to reasonably argue the judge was biased in the B of A loan modification case.