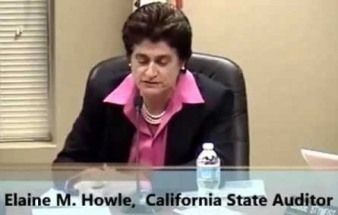 The eagnerness of national media to lionize Gov. Jerry Brown as the guy who saved California amounts to an extreme form of cherry-picking. In some ways, Brown has done a better job than his two immediate predecessors in forcing some discipline on the Legislature. But in the big picture, is state government really in significantly better shape?

No way, as illustrated by a new report[1] from state Auditor Elaine Howle on “high-risk” government programs that got cursory coverage from the Capitol press corps. The state teachers’ pension system, the prison system, emergency preparedness, computer systems and public health efforts are all found wanting. Those are some pretty crucial categories of government operations.

Here’s a sample of Howle’s warnings:

“The funding status of the Defined Benefit Program of the California State Teachers’ Retirement System (CalSTRS) has not improved, and it remains on the high-risk list. … The inability to adjust contributions, as well as poor investment returns due to economic recessions, have caused the funding ratio of the CalSTRS Defined Benefit Program to decrease from 98 percent in 2001 to 67 percent in 2012, well below the 80 percent considered fiscally sound. At the current contribution rate and actuarially estimated rate of return on investments, the Defined Benefit Program’s funding ratio will continue to drop and assets will eventually be depleted. Similarly, the State’s estimated accrued liability of $63.85 billion related to retiree health benefits is almost completely unfunded and continues to increase. …”

“We have added the 2011 realignment of funding and responsibility between the State and local governments as a new high-risk issue. Realignment shifts the funding of and responsibility for many criminal justice and social services programs from the State primarily to county governments. The funding for these programs totals approximately $6 billion. The State does not currently have access to reliable and meaningful data concerning the realignment. As a result, the impact of realignment cannot be fully evaluated at this time. Even so, initial data indicate that local jails may not have adequate capacity and services to handle the influx of inmates caused by realignment.” 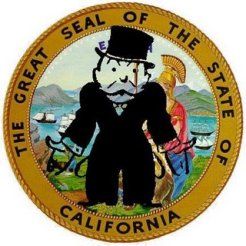 “The State continues to face challenges related to its workforce and succession planning as the proportion of employees approaching retirement age increases. While state agencies we reviewed had generally developed workforce and succession plans to ensure continuity of critical services, we identified notable exceptions. Further, with the recent reorganization combining the State Personnel Board and the California Department of Personnel Administration into the California Department of Human Resources, the State faces the general risk associated with this type of structural change.”

Home to Silicon Valley still a joke on IT front

Then there’s the hardy perennial: the state’s computer klutziness.

“The high costs of certain projects and the failure of others continues to make the State’s oversight of information technology (IT) projects an area of high risk. As of July 2013 the California Department of Technology (CalTech) reported that 46 IT projects with total costs of more than $4.9 billion were under development. In our August 2011 high risk report, we discussed four large IT projects that would have a major impact on state operations — the State Controller’s Office’s 21st Century Project, the Judicial Branch’s California Court Case Management System, the California Department of Finance’s Financial Information System for California, and Corrections’ Strategic Offender Management System. With this update, we examined the status of these projects, as well as the California Department of Motor Vehicles’ IT Modernization Project. We found that three of the five IT projects experienced major problems that require either part of the project or the entire project to be suspended or even terminated. “

“Finally, Public Health and the California Department of Health Care Services (Health Care Services) remain on the list of agencies exhibiting high-risk characteristics. Public Health continues to face challenges and weaknesses in program administration and is slow to implement audit recommendations with a direct impact on public health. Its unresolved recommendations have increased from 20 to 23 in the past two years. Many of these recommendations have a direct impact on public health and safety and, if not implemented, could adversely affect the State.”

This doesn’t exactly paint a picture of a well-run government. Somehow I doubt The New York Times or any of the other Jerry Brown fans in East Coast newsrooms will get around to mentioning any of this.