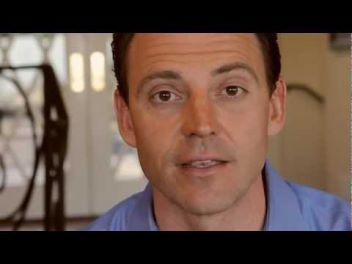 In the first debate involving the three leading candidates in the San Diego mayoral special election to replace Hall of Fame perv Bob Filner, Fletcher struck a novel pose on the subject of his political shape-shifting: If you bring it up, you’re a bad person who wants to hurt San Diego’s image. I’m not making this up.

This is from the U-T San Diego story[1] on the debate:

“Former Assemblyman Nathan Fletcher challenged his rivals in the San Diego mayor’s race on Friday to run clean campaigns free of attack ads and focused on civic issues in the first major debate that included all three of the top contenders.

“The challenge came in the middle of a discussion on how to improve the city’s emergency-response times at the ‘Spirit of the Barrio’ debate which focused heavily on neighborhood issues. City Council members David Alvarez and Kevin Faulconer didn’t respond directly to Fletcher’s pledge although Alvarez, who spoke next, quipped that he would use his time to actually answer the debate question.

“Fletcher’s political evolution from Republican to independent to Democrat since March of last year has drawn heavy criticism and skepticism from the left and the right. He’ll likely face an onslaught of negative advertising ahead of the Nov. 19 special election for that along with changing his position on key issues.”

Why no attack ads? Speciousness doesn’t get more extreme

But here’s where things take a hilarious turn. Fletcher contends his proposal isn’t to protect him from attack ads. Instead, it is prompted by his noble motives. I’m not making this up.

“Now a Qualcomm executive, Fletcher said he was making the clean-campaign pledge because of the negativity caused by former Mayor Bob Filner’s sexual harassment scandal and speculation that the race to replace Filner would likely get ugly.”

I got to know Fletcher a bit more than some elected officials in recent years because of the Chelsea King tragedy and his subsequent effort to win a law that reformed some California laws in mostly smart ways. Unlike Jon Fleischman, I’m not a Republican who feels personally betrayed[2] by Fletcher’s “growth” and his lurch across the political spectrum. I still think he’s an able guy who may get a lot done in his lifetime. But the problem is that over the past year and a half, he’s been drinking the Kool-Aid about his personal greatness.

For Fletcher to seriously argue at the first debate that attack ads are bad form — but not because he’s most vulnerable to such ads but because he’s nobler than the rest of us — well, wow. That is a legitimate Oh-My-God-You-Cannot-Be-Saying-That-With-A-Straight-Face moment.

I know it doesn’t embarrass Fletcher. The Kool-Aid has him believing that any decision he makes is correct, because he’s Nathan Fletcher, and he’s just not wrong.

But if I were a Fletcher supporter, and I heard him make an argument that insanely specious and self-serving, I would wince.

Unless, of course, I too had partaken of the Kool-Aid.