The more I watch the law-enforcement complex at work, the more I think our criminal-justice system is often akin to an industry designed to manufacture tidy narratives of guilt and innocence. This POV leads some officers to believe they should be allowed to put their fingers on the scale of justice, whether it's because they think they're being righteous vigilantes making sure the “right” person is punished or because what they've witnessed has made them so cynical they can rationalize anything.

It's not just the “testalying”[1] that Harvard law professor Alan Dershowitz described in the O.J. Simpson criminal trial. (Dershowitz ripped off a theme from the novels of Joseph Wambaugh, as Wambaugh told me in an interview last year. This Salon article confirms the ripoff[2].) It's also the routine abuses of power that officers engage in when no one is looking. 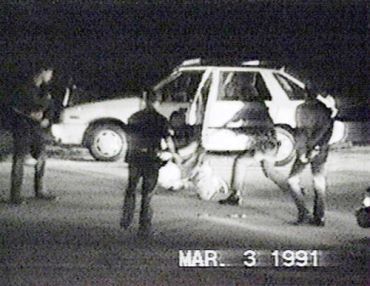 As evidence, I cite the skyrocketing number of cases of gross police violence that have been caught on videotape thanks to the profusion of smartphones and video surveillance. As the Rodney King case suggests, these incidents are nothing new. Technology has just made them way easier to convincingly document. We now see an example in L.A.[3]:

“Video from a police cruiser camera that shows an LAPD officer kicking a restrained woman — who later died — needs to made public, the family attorney said Thursday. …

“O'Callaghan was one of several officers sent to Thomas' home in the 9100 block of South Broadway Avenue to investigate allegations Thomas had abandoned her children after they were left at a local police station.

“O’Callaghan arrived to assist the arresting officers in placing Thomas in a patrol car. While Thomas was in handcuffs and leg restraints, prosecutors said, a police cruiser’s video camera captured the veteran officer kicking Thomas in the stomach and groin area and pushing her in the throat.

“Thomas, once inside the patrol car, lost consciousness and paramedics were called. Shortly afterward, she was pronounced dead at a hospital.”

Why do police hate smartphones so much? Duh

Which brings us to the nationwide efforts that law-enforcement officials and unions have pursued to make it illegal[4] for members of the public to videotape or audiotape an officer on duty, even though the U.S. Supreme Court ruled in 2012 that it was legal[5]. But that doesn't stop police from continuing to arrest people who videotape them in action, including this recent case[6] from the L.A. suburb of Hawthorne.

In a law-enforcement setting in which we must assume that the more evidence the better, why would cops not want to be videotaped? It's fair to surmise that it's not just because they don't want their violent actions rebroadcast on YouTube. It's that close scrutiny during evidence-gathering might show efforts to simplify the narrative of the crime to point decisively toward one possible conclusion. Such scrutiny makes officers' jobs more difficult in several ways. 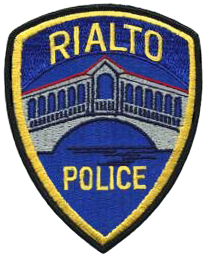 Which brings us to the experiment undertaken by the police department in Rialto, a distant L.A. exurb in the Inland Empire with some nice new subdivisions mixed with older neighborhoods and rough areas. The New York Times had the details[7] in August:

“RIALTO, Calif. — 'Get on the ground,' Sgt. Chris Hice instructed. The teenage suspects sat on the curb while Sergeant Hice handcuffed them.

“'Cross your legs; don’t get up; put your legs back,' he said, before pointing to the tiny camera affixed to his Oakley sunglasses. 'You’re being videotaped.'

“It is a warning that is transforming many encounters between residents and police in this sunbaked Southern California city: 'You’re being videotaped.'

“Rialto has become the poster city for this high-tech measure intended to police the police since a federal judge last week applauded its officer camera program in the ruling that declared New York’s stop-and-frisk program unconstitutional. Rialto is one of the few places where the impact of the cameras has been studied systematically.

“In the first year after the cameras were introduced here in February 2012, the number of complaints filed against officers fell by 88 percent compared with the previous 12 months. Use of force by officers fell by almost 60 percent over the same period.”

Makes suspects behave better — or both suspects and cops?

The article reviews the Rialto experiment very favorably. It concludes with an observation from Sgt. Hice about videotaping improving the behavior of suspects and reducing the possibility they can come up with alibis or excuses — an observation about the effects of videotaping that also applies to the behavior of officers being improved and their opportunities for misconducted being constrained.

“Sergeant Hice said he has come to view the camera as a kind of protection. The video would show the two teenagers running through the field matching the description he was given, he said, and that he did not use excessive force while detaining them.

“'It captures what’s really occurring in real time,' he said. If the suspects later 'think of a good story, with bits of detail thrown in to enhance a false story,' he added, 'we can dispel it.'”

Now of course criminals (and suspects) lie. So of course the point that Hice makes is valid. But that doesn't invalidate my theory. If having cops wear cameras was so helpful, they would clamor to wear them — not fight allowing the public to videotape them. Instead, officers know there are things that it's best the public don't see.

Or at least it's best for police if they go unseen.