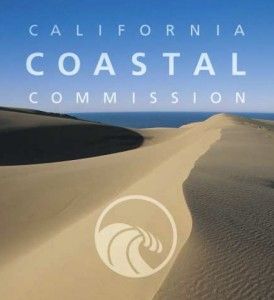 [1]Politicians of both parties like to boast how they work for the “middle class.” Well, there isn’t much of a middle class left in California, at least along the coastal areas.

According to data provided by Trulia[2], the three least affordable areas in America are San Francisco, where just 14 percent of homes are affordable to the middle class; Orange County, where I live, and where just 23 percent are affordable; and Los Angeles, at 24 percent.

Next is New York City, at 25 percent.

Then California picks up again, with the fifth-least affordable area being San Diego at 28 percent; followed by San Jose at 31 percent; and Ventura County at 32 percent.

So, six of the seven least-affordable areas in America are in California.

Nor is this likely to get any better. The main culprit is the California Coastal Commission[3], imposed by voters in 1972. Most of those who voted for it now are dead; it’s been 41 years. Yet their descendants have to live under its dictatorial prevention of adequate housing along the coast. If the voters of 1972 had been told, “Your grandchildren will not be able to afford to live in California because of the CCC,” it would have lost overwhemingly.

I recently asked the Reagan Library to research for what Gov. Reagan’s position had been in 1972. Jennifer Mandel, Archivist, wrote back to me:

“The Reagan administration did not generally support the creation of new government entities in principle, and did not support the establishment of the California Coastal Commission.  Although the administration may have agreed with the concept of coastal controls, there were several objections to Prop 20.  Most notably the initiative was considered too ambiguous regarding key definitions and unbalanced in the areas of jurisdiction.”

Indeed. The CCC is the closest thing in America (at least until Obamacare) to a Soviet-style arbitrary government agency, which just does whatever it wants, trampling on property rights all the way. Other regulations also severely restrict housing construction in the coastal areas. But the CCC is the key one, and sets the tone for everything else.

The CCC boasts its mission is:

“Protect, conserve, restore, and enhance environmental and human-based resources of the California coast and ocean for environmentally sustainable and prudent use by current and future generations.”

But the “future generations” of 1972 now are here, and they can’t afford the “prudent use” of the coast, or anything else in California. They only can afford to leave.

It’s not going to get any better because the CCC is not going to be repealed. Little new housing will be guilt. Meanwhile, high state taxes and anti-business regulations are keeping wages low, preventing the middle class from moving up to higher income brackets.

Only a tiny elite of oligarchs and the environmental elite now can afford to live along the coast. It’s their playpen.