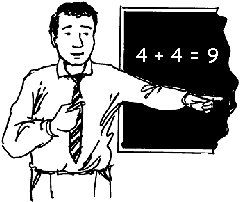 Even as Gov. Jerry Brown continues to pursue his back-to-the-past education policies — de-emphasizing testing and metrics, and pushing local control — we're seeing fresh reminders that the state of California and the federal government really don't have the control over local school districts that Brown's rhetoric suggests.

The most obvious example is the fact that California has a 1971 state law — the Stull Act[1] — that mandates student performance be included in teacher evaluations. This is just the sort of approach that President Obama and Education Secretary Arne Duncan like as part of their push to eliminate the 10 percent or so of teachers they say are too incompetent to be allowed in the classroom.

But guess what: The law has been ignored for decades in California. Why? Because for at least 20 years, the most powerful special interest in the state has been the teacher unions — the California Teachers Association and the California Federation of Teachers. Keeping the CTA and CFT happy has been a higher priority in local school districts and in the Legislature than actually honoring a clearly written state law.

No job matches your specialty? So what? Here's your check

With monotonous regularity, stories come along to remind us of this dominance of the teacher unions. In the past two years, the main example has been the disgusting Mark Berndt scandal and fallout in California's largest school district. The veteran teacher couldn't be fired by Los Angeles Unified for feeding semen to students; he had to be paid $40,000 to quit[2]. Since then, the Legislature has blocked measures to make it easier to fire classroom sexual predators such as Berndt. Instead, a fake reform passed this year actually would have made it tougher to fire pervert teachers. Thankfully, Brown vetoed[3] it. He'll kowtow to teacher unions on a lot of fronts, but he draws the line at the Pervert Protection Act of 2013. 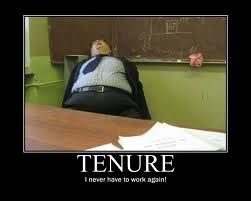 Now comes an example from the state's second largest school district. San Diego Unified has been pleading poverty for years. Now it turns out the allegedly fiscally bereft district is actually bereft of transparency and common sense. This is from the U-T San Diego[4]:

“Teachers are [classified as] excessed when their positions are eliminated — usually due to an enrollment drop, increase in class size or — in the case of middle and high school — the discontinuation of a course or program. …

“San Diego Unified’s 2013-14 budget counts on some 300 teachers having retired or resigned last school year to save $27 million. …

“This week, excessed teachers will gather at a district forum to bid for vacant jobs, positions that will be awarded based on seniority and credentials.

“At the end of the forum, if there are more teachers than jobs, the district must create new positions since excess teachers are tenured employees who are guaranteed employment. …

If anything confirms the fact that California's K-12 school system is more about providing union jobs than it is about providing students with an education, this is it. A school district that is allegedly so hard up for cash that it uses 30-year borrowing to pay for graffiti removal[5] keeps hundreds of teachers on the payroll who don't teach.

This isn't as outrageous as the “rubber rooms”[7] of New York City where hundreds of violent or deranged teachers sit around all day and collect pay to do crosswords and listen to their iPods. But it's just as revoltingly stupid.