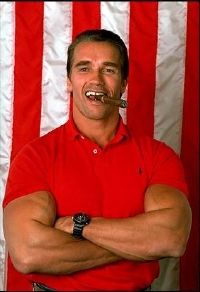 [1]One out of five cigarettes puffed in California is smuggled. Yet a proposed $2 tax increase on every pack of cigarettes, which would increase the price to $9 per pack, would ignite cigarette smuggling, a new study by the California Foundation for Commerce and Education[2] found.

De León was unable get SB768 passed [4]during the 2012-2013 legislative session. While it sits on the shelf in the Senate Appropriations Committee, there is already talk of bringing it back to life, as well as initiating another statewide cigarette and tobacco tax ballot initiative.

The bill's language contends its passage would benefit Californians because, among other things, “Tobacco use costs Californians more than $9.1 billion in tobacco-related medical expenses every year. The cost of lost productivity due to tobacco use adds an additional estimated $8.5 billion to the annual economic consequences of smoking in California…. The treatment of cancer, heart disease and stroke, lung disease, diabetes, and other diseases related to tobacco use continues to impose a significant burden upon California’s overstressed health care system, including publicly funded health care programs.” 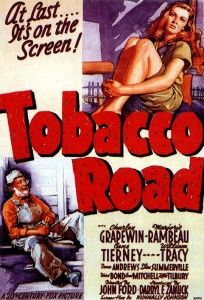 But would this huge tax increase actually raise the revenues intended, while curbing smoking?

The California Foundation for Commerce and Education[6] report on The State and Local Impact of Tobacco Prices on Smuggling and Black Market Sales[7] found that, by failing to account for smuggling, proponents overestimate tax revenue from tobacco products by $500 million  annually due to smuggling caused by the tax increase. “In addition, lost legitimate retail sales will eliminate approximately 11,000 direct retail jobs,” it concluded.

“The literature suggests that the $2 excise tax increase may create the unintended consequence of increasing  organized crime in California,” the study found.

California consumers would pay a total tax rate of 137.4 percent per cigar, and a $2-per-pack additional tax on cigarettes, lighting up incentives for smuggling.

De León's bill aims to raise an estimated $1.4 billion, with the money slated to fund research into tobacco-related diseases and the stronger enforcement of tobacco laws.

The tax increase would make California’s cigarette tax rate the fifth highest in the nation, with New York state's the highest at $4.30 a pack. New York City tacks on an additional $1.50 a pack, making smokers inhale a price of up to $12 a pack.

In addition to the state and local taxes, another tax of $1.01 is imposed by the federal government.

If SB768 becomes law, in California a pack of cigarettes would cost more than $9 at grocery stores, including sales tax; a bit less at tobacco stores.

The Tax Foundation published a study[8] in January which found nearly 60 percent of the cigarettes sold in New York state are smuggled from other states, or come from Indian reservations with lower tobacco taxes. The Tax Foundation reported that tobacco smuggling and the tax rate have risen in tandem since 2006, a strong indication that tax increases and smuggling go hand-in-hand.

The New York State tax on cigarettes has risen 190 percent since 2006, while the rate of smuggling increased 170 percent.

The National Taxpayers Union Foundation[9] released an excellent study[10] in August detailing the recent history of tobacco taxes in the states. They found:

* Tobacco tax hikes are rarely used to cut other taxes;

* Tobacco tax hikes may encourage other tax hikes down the road;

De León’s bill was introduced less than a year after the June 5, 2012 defeat of Proposition 29[11], the 2012 tobacco tax ballot measure. Prop. 29 would have boosted cigarette taxes $1 a pack to fund cancer research, anti-smoking activities and more law enforcement for an expected expansion of black markets. And despite voters’ defeat of Prop. 29, its $1 proposed tax would be doubled by SB768.

These longtime proponents of cigarette tax increases said Prop. 29′s narrow defeat justified bringing it back through the Legislature. The groups also stand to benefit from the estimated $1.4 billion raised by the tax (assuming the black market does not increase so much it substantially cuts that amount).

“No sooner does the new tax go into effect, my street contacts tell me, than Indian tribes will open tobacco shops at their casinos, where buyers can escape state taxes and buy cigarettes on the cheap,” said Willie Brown[13],  former Mayor of San Francisco and California State Assembly Speaker, in a June 2012 “Willie’s World”[14] column in the San Francisco Chronicle.

“Just as quickly, smugglers will start rolling in truckloads of smokes from Nevada, Arizona and Oregon, as street dealers realize there is more money to be made selling hot cigarettes than there is selling dope,” Brown said.

Even the California Department of Public Health[15] found “following a tax increase, many smokers will find a way to buy cheaper cigarettes.”

“Some smokers will try to find cheaper cigarettes on the internet; others will buy their cigarettes on Indian reservations and in casinos, or even travel across state lines,” the California Department of Public Health said[17]. “This type of individual ‘casual’ evasion does not have a significant fiscal impact on the illicit cigarette market whereas, large-scale bulk tobacco smuggling can be a problem.”